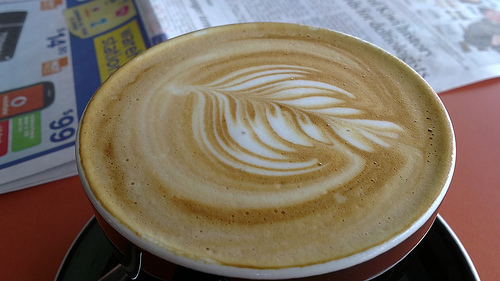 Stuart Hargie, who only decided to enter on the night of the competition, won the New Zealand Cup Tasters Championship with an incredible perfect score of 8/8 in both rounds. Stuart, who competed internationally in 2011, will represent New Zealand at the International Cup Tasters in Belo Horizonte, Brazil in November.

Stuart is looking forward to the international competition but says experience competing on the world stage isn’t always an advantage.

“Tasting is about your sensory perception, confidence on the day, your health and nerves. If any of those four aren’t working tasting against the pressure of the clock can be challenging.”

He says the one thing which will work in his favour is the great support of the New Zealand industry.

“Knowing so many of the local industry will be at the competition in Brazil gives me a great boost. We are so lucky to have such a talented and supportive industry.”

Leo Li of Auckland’s Atomic Coffee Roasters has been crowned Meadow Fresh New Zealand Latte Art Champion for the second year in a row. Leo said even knowing what to expect after winning last year, he found the lead up to this year’s competition very difficult.

He practiced for up to three hours a day for two months to create his latte art which was a gold fish, snail and dragon.

Leo will represent New Zealand at the World Latte Art Championship in Brazil in November, during International Coffee Week (ICW).