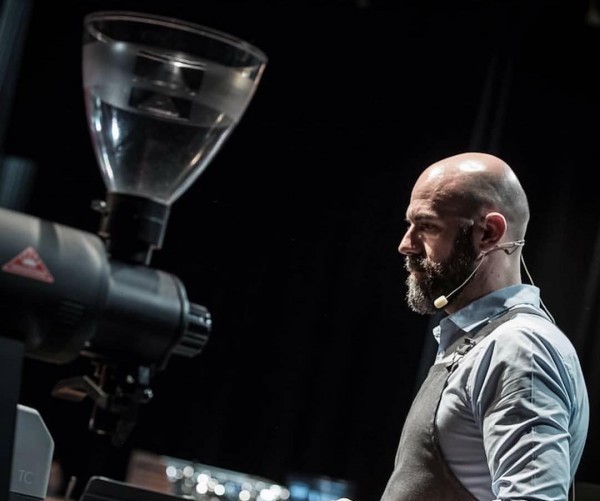 John Gordon, owner of Auckland custom coffee equipment supplier, Gorilla Gear, ranked No. 6 on the planet at the World Barista Championship in Amsterdam over the weekend.

To confirm his place with the best in the world Gordon had to compete against the best baristas from 56 countries across the world.

After competing in the play-offs against 56 competitors, he was one of 16 semi-finalists and then one of only six baristas to make the finals on Saturday in Amsterdam.

John’s routine was inspired by a trip to Ethiopia to meet growers. Difficulty securing resources, the lack of reliable power limited knowledge and technology in Ethiopia were the motivation behind his World Barista Championship theme of ecological sustainability.

His coffee was sourced from just outside Mesina in Ethiopia’s Sidamo area and he roasted a small experimental six kilogram batch for the competition himself.

His espresso extracted flavours of passionfruit and kiwifruit acidity with a smooth velvety texture and long lingering finish. He used a purifier to distil his espresso shots for his signature beverage.

This process eliminated odour, bacteria and impurities from his espresso creating a drink that had lime aromatics and sherbert acidity. His milk-based beverage created flavours of melted milk chocolate and pink strawberry marshmallows.

John believes that competing encourages personal growth and knowledge. He recommends baristas “should put your heart into the competition to show people what you’re passionate about.”