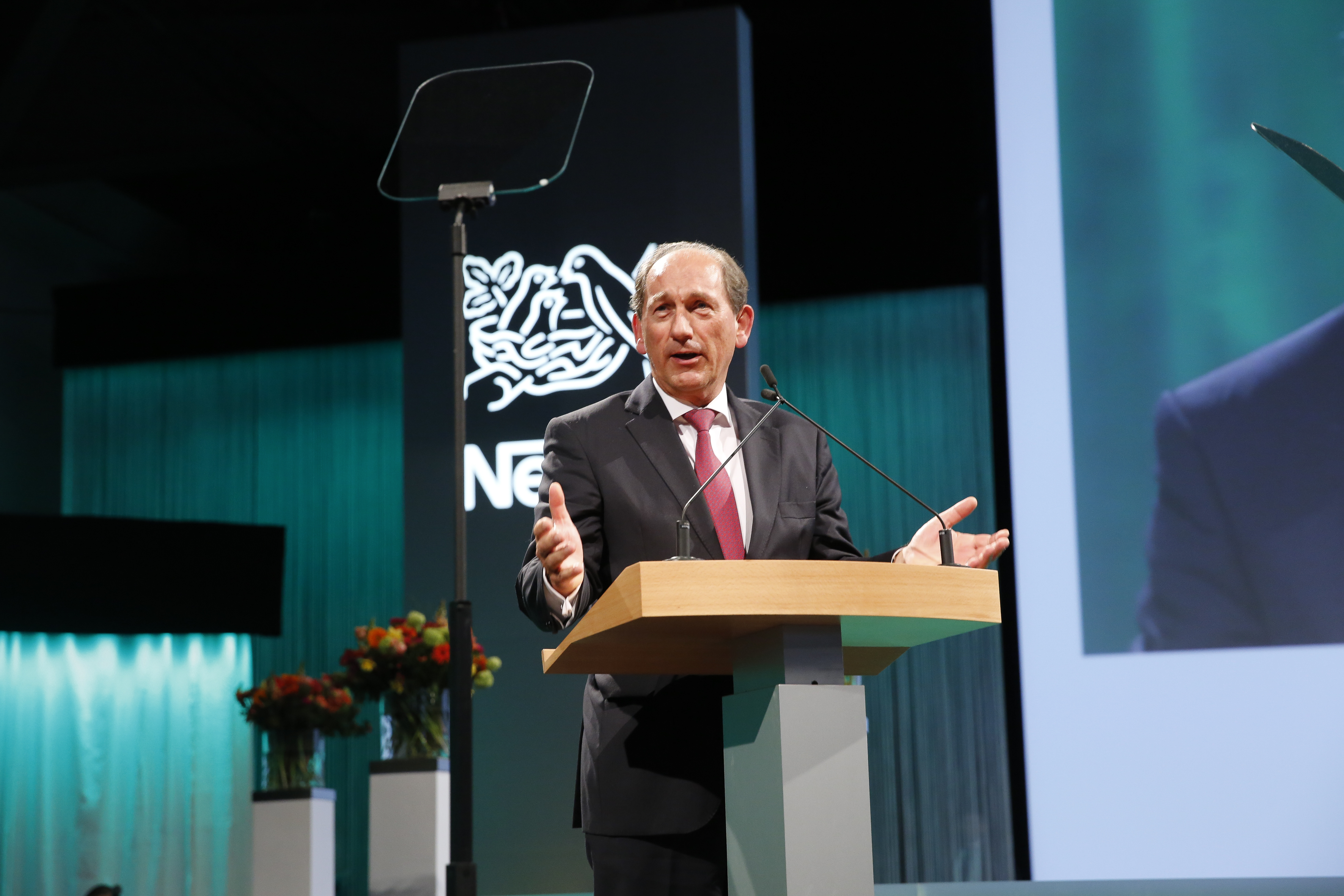 LAUSANNE, Switzerland – The annual review and accounts were approved at the Nestlé S.A. Annual General Meeting yesterday (Apr 6) where 2,705 shareholders representing 55.6% of the capital and 76.8% of the shares, gathered in Switzerland.

And elected the members of the Board of Directors individually, for a term of office until the end of the next AGM.

After 50 years of service, 11 of those as CEO and 12 years as chairman, Peter Brabeck-Letmathe did not stand for re-election.

“At a time when we are seeing more and more consolidation and drastic cost cuts in our industry, it is important to reaffirm Nestlé’s drive to create value through growth. Growth that is sustainable and profitable. In order to be able to invest for growth, particularly through innovation and renovation, we will have to increase our operational efficiency to free up the resources we need,” he said in his address to the meeting.

“I would like to thank the Board of Directors for their commitment, their expertise and their support. I would also like to thank you, the shareholders, for your loyalty and commitment to Nestlé. Over the past 20 years, I have had the honor and the pleasure to lead and then to chair our wonderful company. Throughout all these years, you have given me your support and your trust. I sincerely appreciate that.”

The Board also thanked Paul Bulcke for his nine years of service as CEO of Nestlé. The shareholders elected Paul Bulcke (PICTURE) as Chairman of the Board of Directors.

They further elected Nestlé CEO Ulf Mark Schneider and Ursula M. Burns, Chairman of the Board of Xerox Corporation, as new members of the Board.

The shareholders approved prospectively the total compensation of the Board of Directors and the Executive Board in binding votes.

They also accepted the Nestlé Compensation Report 2016 in a separate advisory vote. And Henri de Castries was appointed as Lead Independent Director, who will chair Board meetings and in camera sessions when the Chairman is not present or conflicted.

“I would like to thank you for the trust you have put in me by electing me as Chairman, a great responsibility and even greater motivation. I will continue to put my experience and knowledge at the service of Nestlé, leading the Board and supporting Ulf Mark Schneider as he takes the company forward as CEO,” said Paul Bulcke.

After reviewing the Group’s 2016 results, Nestlé CEO Ulf Mark Schneider – who has officially took over as CEO at the start of 2017 – spoke about the importance of continuity as well as change for Nestlé’s future growth.

“Continuity – building on the strong nutrition, health and wellness strategy of our company. Change – increasing our speed and simplifying the way we work,” he said.

“We at Nestlé believe that sustained value creation is the result of both growth and operating efficiency. These are my two priorities for the company. Together with a healthy sense of urgency, they will ensure the continued success of Nestlé. I am confident that Nestlé has what it takes to be successful: a robust strategy, unparalleled global reach, industry-leading expertise and, above all, our people – the thousands of colleagues around the world who make Nestlé.”

The Board and its different Committees will be composed (for the year to come) as follows: