SINGAPORE – Coffee lovers who need a few shots to tackle the daily grind might want to take note – Nespresso has lowered the prices of its 24 permanent Grand Cru coffees in Singapore.

In a press release on Wednesday (Nov 2), Nespresso said the lower prices took effect from Tuesday. With the new pricing, capsules in various series saw a 25 per cent to 29 per cent dip in prices.

The coffee company said the price drop comes with the “brand’s involvement in all aspects of the coffee value chain”, as well as its growth in Singapore.

Additionally, Nespresso announced the opening of a new boutique at Raffles City Shopping Centre – its third in Singapore.

Nespresso capsules have long been cheaper in regions such as Europe. Currently, a capsule of Pure Origin coffee costs £0.33 (S$0.56) in the United Kingdom, according to the Nespresso UK website. 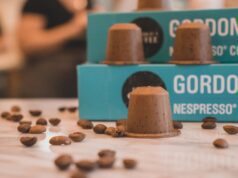