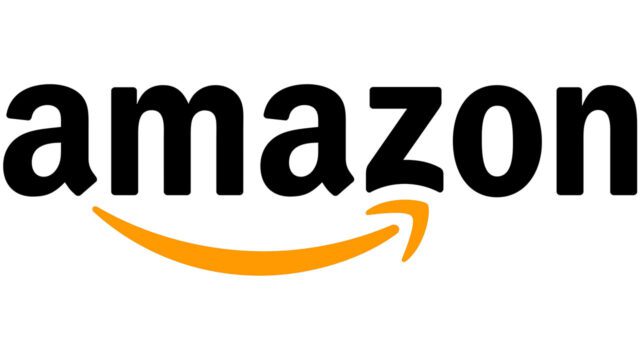 SEATTLE, US – Today, Amazon and Global Optimism announced that more than 200 companies have now signed The Climate Pledge. The 86 new signatories joining The Climate Pledge include Procter & Gamble, HP, Salesforce, ASOS, and Nespresso. Pledge signatories in total generate over $1.8 trillion in global annual revenues and have more than 7 million employees across 26 industries in 21 countries. By achieving net-zero carbon by 2040, 10 years ahead of the Paris Agreement, current Climate Pledge signatories are expected to collectively mitigate 1.98 billion metric tons (BMT) of carbon emissions from a 2020 baseline. This is equivalent to 5.4% of current global annual emissions—demonstrating the collective impact The Climate Pledge is expected to have in addressing climate change and prompting more action to tackle the climate crisis.

Signatories to The Climate Pledge agree to:

“I believe that now, more than ever, companies like Amazon have an obligation to lead the fight for our planet,” said Andy Jassy, Amazon CEO. “But, solving this challenge cannot be accomplished by one company; it requires all of us to act together, and it’s one of the reasons we’re so excited to announce that more than 200 businesses have joined us in signing The Climate Pledge—a commitment to reach the goals of the Paris Agreement 10 years early.”

Many of the new Pledge signatories are already making significant progress toward reducing their carbon emissions. Since 2010, Procter & Gamble has reduced its absolute emissions across global operations by 52%. The company has also increased its purchase of renewable electricity by 97% and partnered with consumers to make sustainability effortless at home with products like Tide and Ariel, which have helped reduce carbon emissions by 15 million tons through cold-water washing. Procter & Gamble recently announced an ambition to reach net-zero emissions across its operations, transportation, and supply chain, from raw material to retailer, by 2040. Nespresso, known for its coffee expertise from bean to capsule to cup, is announcing an important milestone for its climate journey: Every cup of Nespresso coffee, both at-home and professional, will be carbon neutral by 2022. ASOS announced that as part of its Carbon 2020 strategy, it has reduced its emissions every year since 2015 and cut emissions intensity by 30% in this time—the equivalent of avoiding 110,000 metric tons of carbon emissions. Earlier this year, HP released a series of bold climate commitments, including a goal of achieving net-zero emissions of carbon and other greenhouse gases across the company’s entire value chain by 2040, as well as a 50% absolute reduction by 2030 compared to 2019. Additionally, Salesforce recently introduced new climate commitments that will be integrated in supply chain contracts to help suppliers reduce their carbon emissions.

“Addressing climate change effectively requires collaboration across industries and credible science-based actions,” said David S. Taylor, chairman of the board, president, and CEO of The Procter & Gamble Company. “P&G has made significant progress over the past decade and we know we must do more. The task ahead is urgent, difficult, and much bigger than any single company can solve alone. P&G is proud to join The Climate Pledge as we work together to preserve our shared home for generations to come.”

“The urgency of the climate crisis demands that we take bold action to protect our planet, and The Climate Pledge is another step in the right direction,” said Enrique Lores, president and CEO of HP Inc. “HP has committed to some of the most comprehensive and aggressive climate actions in the technology sector, and we are driving this agenda across our product and service portfolio, operational footprint, and broader value chain to maximize our impact. We have a huge opportunity to power the future growth of our business while creating a more sustainable future.”

Businesses have played a role in contributing to climate change, but deep cuts in emissions of greenhouse gases could stabilize increasing temperatures. This is why urgent, ambitious action by companies around the world is needed. The Climate Pledge signatories are uniquely positioned to rise to the challenge of addressing climate change and helping to create the low-carbon economy of the future.

“Climate change is the defining challenge of our time,” said Nick Beighton, ASOS CEO. “Businesses must take bold and decisive action to find solutions to the unfolding crisis, both individually and collectively, which is why ASOS is proud to stand with Amazon, Global Optimism, and the other signatories of The Climate Pledge, and to be joining the UNFCCC’s Race to Zero campaign as a result. Doing so reinforces our commitment to sustainability and means we’re joining a community that will share knowledge, ideas, and best practice to achieve this important mission.”

“Now is the time for urgent action. We’re entering the decisive decade—it’s not just necessary to take actions to protect the Earth for future generations, but for the future of humanity,” said Guillaume Le Cunff, Nestlé Nespresso CEO. “I believe the private sector can be a powerful catalyst for change, if all actors act together. This is why we are a proud signatory of The Climate Pledge, a net-zero commitment in line with our carbon neutrality commitment, which will be achieved through significant decarbonization of our direct emissions and global supply chain emissions, alongside the use of high-quality in-setting and offsetting initiatives to neutralize any remaining emissions.”

“We are in a climate crisis. Salesforce believes that business is the greatest platform for change, and we consider the environment a key stakeholder. That’s why Salesforce is proud to join The Climate Pledge to accelerate and scale business climate action to drive meaningful change. Every company has an important role in the fight to save our planet,” said Suzanne BiDianca, Salesforce’s chief impact officer. “We’re committed to bringing the full power of Salesforce to create a sustainable future by accelerating the world’s largest businesses to net-zero; sequestering as much as 100 gigatons of carbon through conserving, restoring, and growing 1 trillion trees; and energizing the ecopreneur revolution.”

Today’s announcement responds to the findings of the latest report from the United Nations’ Intergovernmental Panel on Climate Change (IPCC), which underscores the need for increased urgency in addressing the climate crisis. Unless there are immediate, rapid, and large-scale reductions in greenhouse gas emissions, limiting warming to close to 1.5 degrees Celsius or even 2 degrees Celsius will be out of reach.

“The recent report released by the IPCC is the starkest warning yet that the systems supporting human life are reaching tipping points and that the window of time to act decisively is narrowing,” said Christiana Figueres, the UN’s former climate chief and now founding partner of Global Optimism. “This wake up call from science must be faced with courage and conviction. In this light, it’s encouraging that 86 more companies – some of the largest household names in the world – are now joining The Climate Pledge, committing to accelerate their actions to tackle climate change in a timely fashion, and playing their part in building a low-carbon economy. I look forward to the fruits of the leadership we will see from this collective of 200 signatories that are now part of The Climate Pledge.”

Amazon and Global Optimism welcome the new signatories that have committed to The Climate Pledge: 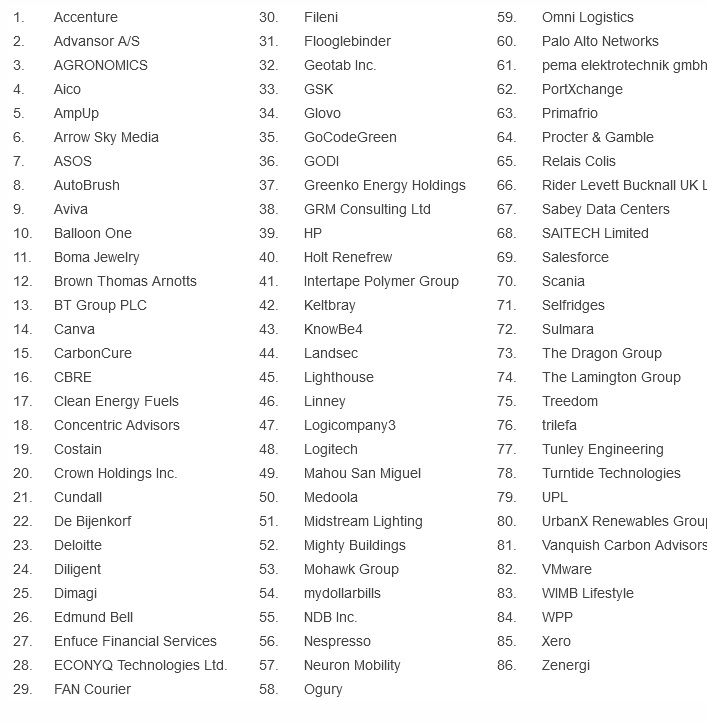 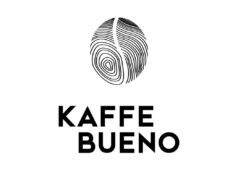