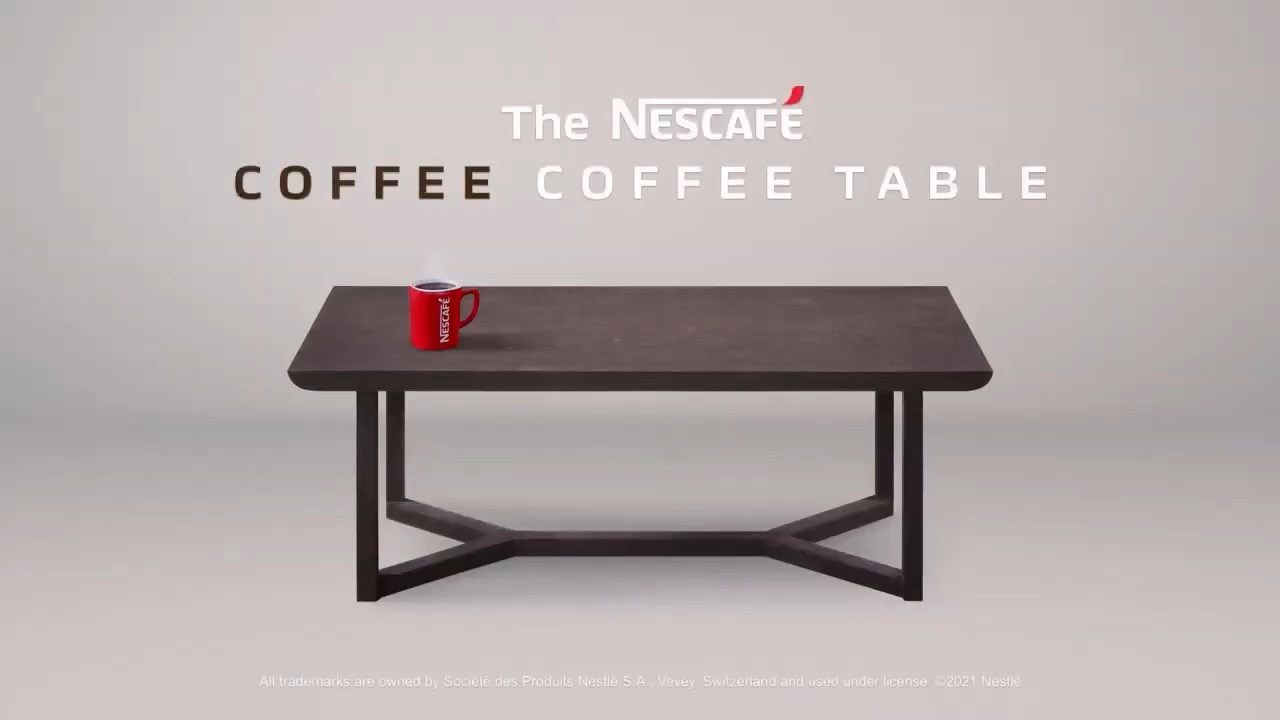 ROME, Italy – It sounds a bit like the coffee table book about coffee tables from Seinfeld — Nescafé has built a coffee table out of coffee to highlight its recent sustainability efforts. The table was created from just over 37 pounds of reused Nescafé coffee grounds, bonded together with sustainable soy-based resin and compressed into moulds and hardened.

The furniture is designed to bring attention to Nescafé’s Cup of Respect CSR platform, which explains how its coffee is grown, made and packaged “respectfully” by using less water, and advising coffee farmers to plant diverse crops to combat the production monoculture prevalent in the category.

As Carm DaSilva, VP of marketing at Nestlé Canada explains, the global brand uses 10% of the world’s coffee, meaning its “better for the planet” efforts have an outsized impact compared to the competition.

According to DaSilva, its sustainability targets are some of the most ambitious in the industry: to have global net zero carbon emissions by 2050, with a 50% reduction by 2030 over a 2018 baseline.

By comparison, Folgers parent company J.M. Smuckers plans a 28% reduction by 2030 from 2019 levels, though that came after over-performing on its prior 15% target, reducing emissions by 26.1% between 2014 and 2020. When Maxwell House parent company Kraft Heinz didn’t meet its previous sustainability goals by the end of 2020 (with emissions actually increasing) it set new 2025 targets based less on emissions volume and more on total reduction, including a 15% reduction in energy usage, 20% in waste and 15% in water.

Smuckers also plans a further 5% reduction in water usage; Nestle has currently reduced its direct water withdrawals by 32% since 2010, with a goal of reaching 35%.

The idea for the Nescafé table was inspired by one of the key achievements the Cup of Respect platform has achieved so far: the company has successfully powered its factories using clean steam converted from waste coffee grounds as part its efforts to achieve emission targets, DaSilva says.