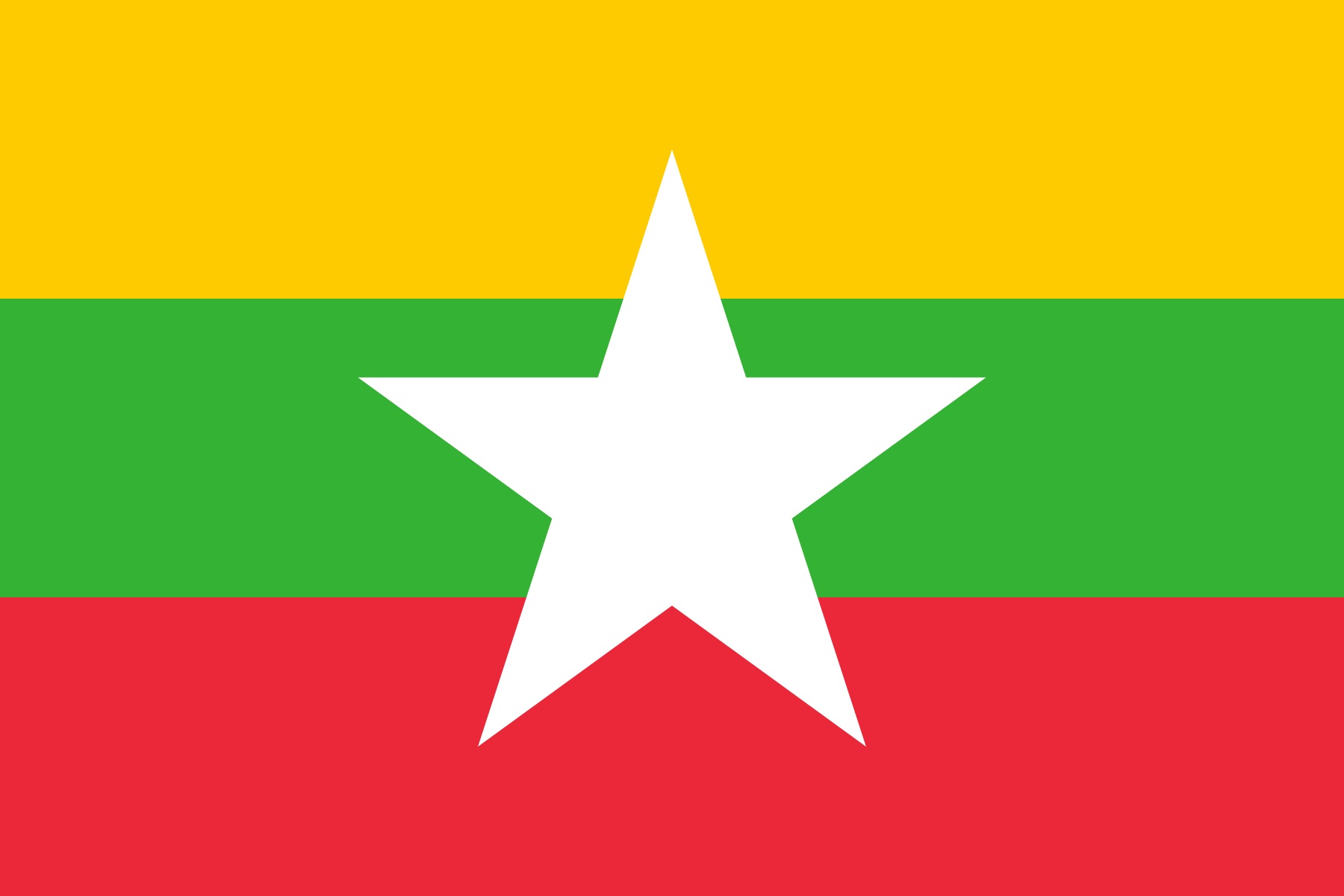 Coming soon to a coffee brewer near you: the deep arabica flavors of Myanmar. The Southeast Asian nation is buzzing with all sorts of international investment and commerce as ongoing political reforms opened it up after decades of economic isolation.

Specialty coffee is one of the latest industries that is turning towards international markets.

Atlas Coffee, a Seattle-based importer of specialty coffee beans, has procured its first cargo of Myanmar coffee that will be shipped to U.S. markets in the coming months. The delivery will mark the first-ever exports of specialty coffee from Myanmar to the United States.

The purchase agreement provides a major boost for smallholder farmers who will receive premium prices for their crops, giving them higher incomes towards improved livelihoods. Myanmar is potentially just the tip of the iceberg.

Coffee is not a new industry for Myanmar. The country has produced it for centuries because of its high altitudes and ample rainfall that make for conducive growing conditions. But while early British colonists might have enjoyed their local brew of Myanmar Joe, by today’s standards the quality of Myanmar’s coffee is considered standard-to-low grade.

“There was no product differentiation and no price differential,” said Stephen Walls, head of the Value Chains for Rural Development program at Winrock International, a development contractor. “Ninety-nine percent [of coffee farmers] have never tasted their own coffee. There was no connection to where their coffee was going.”

Most of Myanmar’s harvested coffee, in fact, either serves the domestic market or is exported overland to China via a network of brokers. In either scenario, the final payment to the farmer is low.

Mindful of Myanmar’s past coffee culture and its geographic capacity for growing it, in 2014 Winrock undertook a five-year $27 million project funded by the U.S. Agency for International Development to connect smallholder farmers in Myanmar to global value chains. Coffee is one of five value chains that the project aims to strengthen and various agricultural trainings eventually led to the specialty commercial volumes that Atlas will soon import.

Not your average joe

Walls’ description of Myanmar coffee pre-Winrock and USAID — and still accurate for the bulk of current production — hits on the divergent makeup of the global coffee industry and the dilemma facing the vast majority of smallholder coffee farmers around the world today.

Around 90 percent of the coffee sold globally is what is deemed commodity grade. Like any commodity, its quality is generally standard and indistinguishable from equivalent grades making it highly tradeable and uniformly priced.

Also like many commodities, the price for commodity-grade coffee is set on global exchanges and determined by the trading activity of a range of investors and financial institutions. As a result, prices can have more to do with investment strategies and market fluctuations than farming realities. Final prices can often be lower than actual production costs.

“Only countries with high levels of production per square hectare are able to compete and make money when prices dip down to low levels,” Andrew Hetzel, a value chain specialist with the Coffee Quality Institute, told Devex. Around the equatorial belt of coffee producing-countries, there are essentially just two — Brazil and Vietnam — that are able to consistently compete on commodity-grade quality, he noted.

Smallholder farmers, unable to grow at the scale of these larger commodity producers are either leaving coffee production altogether or are being forced to differentiate their products.

They are differentiating through the other, roughly 10 percent part of the coffee trade known as specialty coffee. While there is no textbook definition for specialty grade, industry aficionados ultimately describe it as coffee that is free of defects and unique by some differentiating factor such as quality, origin, certification or flavor.

Specialty coffee is the fastest growing and highest value coffee on global markets and it is likely the most viable route going forward for small scale farmers.

“That’s where we’re seeing the real opportunities in coffee agriculture for smallholder farmers,” Hetzel said. “They have the ability to apply unique characteristics to these coffees that consumers are willing to pay a higher premium for that more directly relates to their cost of production. It’s a lot easier for them to make money than the traditional route through the commodity market and competing head-to-head with machine harvests from Brazil.”

The interventions that Winrock targeted in Myanmar focused specifically on four communities in Shan state in the north of the country. Since starting its value chain program in October 2014, Winrock has trained about 3,400 coffee farmers on a variety of agricultural best practices to ultimately yield higher quality beans. Methods range from plant management to composting techniques to efficient uses of coffee drying racks.

“Often it starts with the basics — pick ripe cherries,” Hetzel said, referring to the preharvested form of coffee that contains the bean that coffee drinkers more commonly associate with their beverage. Hetzel’s CQI team serves as specialty coffee consultants to Winrock on the project. Among the techniques they teach farmers is to pick the fruit at its proper level of ripeness and then employ a series of storage and processing methods to prevent the seed from rotting.

Winrock and its partners also organized the first accredited coffee cupping competitions in Myanmar that involved professional judges grading various local brews. For many local farmers, it was the first time they had tasted their product and was part of a “know your cup” element of Winrock’s training.

The scores of coffee improved substantially year-to-year as a result of the new training. In the first cupping competition only 20 of the 60 coffees sampled scored above 80 — the minimum mark out of 100 for a coffee to be classified as specialty grade. One year later, 56 of the 60 samples scored above 80.

The final product of Myanmar’s specialty coffee style is “clean and consistent,” Craig Holt, founder of Atlas Coffee and a competition judge, told Devex. “These coffees have a sweetness and deep fruit tones; some had a rum raisin note.”

Atlas is finalizing a purchase agreement to import 36 tons of Myanmar specialty coffee harvested directly by farmers trained by the Winrock-USAID value chain project. Two 18-ton containers will be shipped to the U.S. in the coming months, one to the East Coast and the other to the West Coast. The exact sales prices is still being worked out, but Holt estimates that local Myanmar coffee farmers will be paid a premium of around $1.35 per pound above the going rate of standard coffee.

“That makes it one of the more expensive coffees on my books,” said Holt.

Walls and other project directors describe export volumes of that quantity at this stage in the project — year two of five — to be “an unusual example.” They attribute the early success as much to geopolitics as to geography. Myanmar’s assimilation into international commerce has created an excitement that is palpable even at the smallholder level. Farmers were invested in the concept of commanding a higher price for a higher quality crop through new farming techniques.

“When I went over as a head judge for the cupping competition I was struck by how responsive the local farmers were — how willing they were to listen to what [trainers and technical consultants] had to say and how thoughtful they were about absorbing new information,” said Holt.

Myanmar may be just the start. As a crop native to the tropics, coffee, generally, is already grown mainly in developing countries. But if the economics of commodity-grade coffee continue to displace smallholder farmers, many will need to shift to higher quality production to continue their trade, which will require entirely new sets of training and agricultural practices.

“Everyone is looking for the next new origin. The only way to get smallholders participating is through specialty coffee,” said Walls.

Demand for specialty coffee, meanwhile, is steadily growing and being pushed by two strong tailwinds — emerging markets and sustainability.

China, for example, a traditional tea drinking country, is expected to import as much coffee as the United Kingdom by 2020 according to the International Coffee Association. And the U.S. Department of Agriculture is predicting a 20 percent growth in the specialty coffee shop industry in the Philippines by 2019.

Specialty coffee that bypasses the commodity market and is sourced directly from smallholder farmers also better aligns with fair trade standards and the growing desires by consumers to pay more to know the origins of their food.

Conceivably, specialty coffee practices can be applied in any coffee growing country. Scanning the globe, coffee experts populate lists of old and nontraditional coffee producers to source the next great high quality specialty variety from Peru to South Sudan to Yemen and Uganda.

“The potential exists to create linkages in many traditional coffee growing countries in the world to transform lives by transferring the skill set and giving farmers access to a new international market for high value trade,” said Hetzel.

The shift of course, does not come without its challenges. As with any smallholder farming community, linking a vast network of disparate farmers requires robust physical and social infrastructure. Farmers must also accept new agricultural practices and Myanmar’s smooth transition was more the exception than the norm. And ultimately, it’s an agricultural product subject to pests, drought and nature.

There is no one-size-fits-all strategy to capitalize on the potential shift to specialty coffee harvests. But the case of Myanmar is demonstrating that interventions targeting best practices early on and efforts to familiarize farmers with their final product are useful strategies to meet a growing demand.