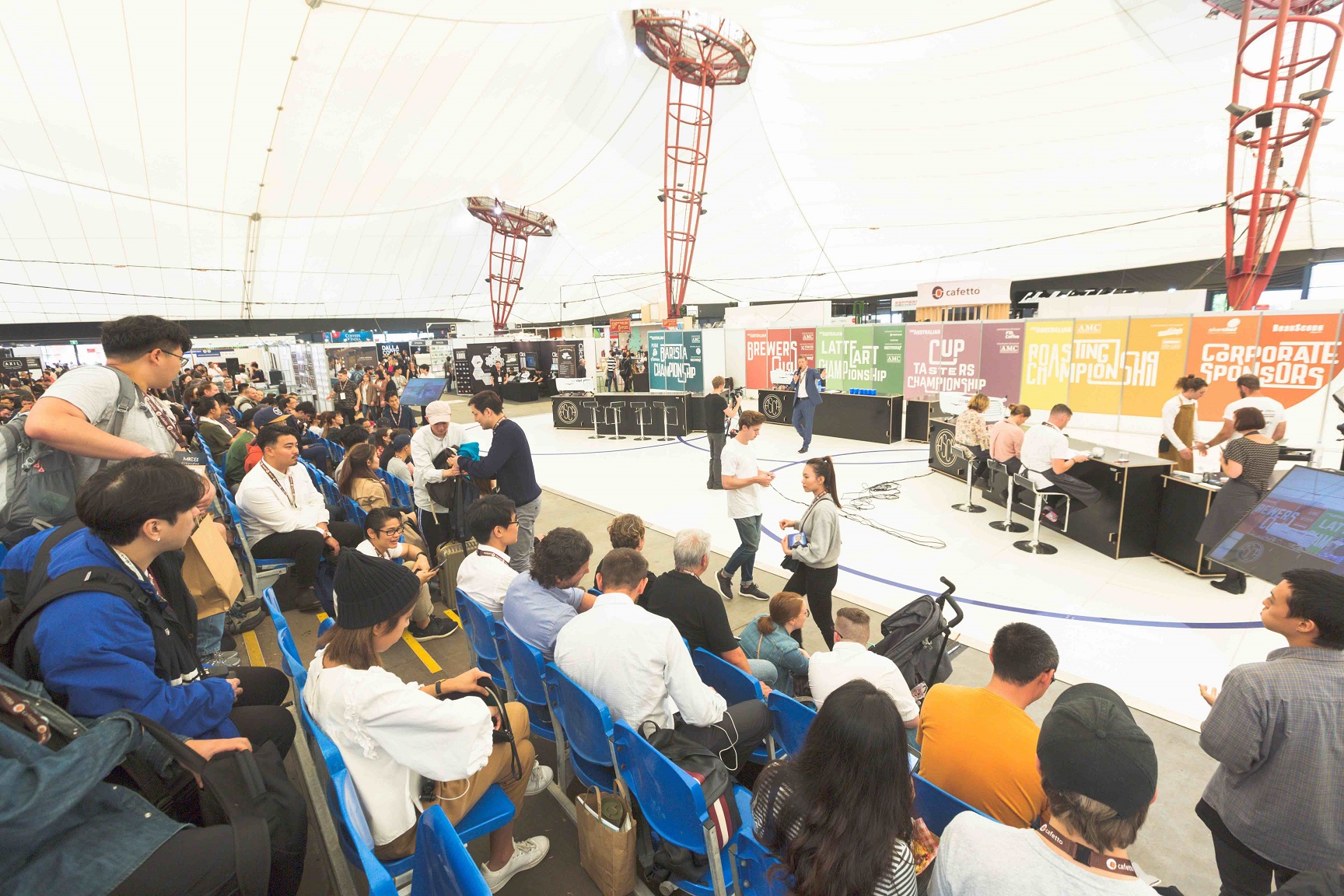 WCE plays a vital role in continuing to turn the spotlight on both our baristas and our industry on a global level and MICE understands the importance of these competitions. As a consequence of this, we partner with the Australian Specialty Coffee Association (ASCA) to host the Australian Coffee Championships each year as a feature within the trade expo.

MICE is traditionally held in late March or early April. The dates for MICE in 2019 had been announced prior to the announcement of the WBC and WBrC dates.

Unfortunately on this occasion, with WCE holding those two competitions at the Specialty Coffee Expo in Boston just a few short days after MICE, this means it is virtually impossible for the winners of the Australian Barista Championship and Australian Brewers Cup to have enough time to travel to Boston to compete.

The relationship between MICE and ASCA is a long-standing and important one. The Australian Coffee Championships provide an exciting feature for MICE and another reason for the coffee community to come together. For the competitions, MICE provides a ready-made platform and audience for the competing baristas to showcase their skills.

MICE is committed to both ASCA and WCE and to ensuring that we can support ASCA in the operation and successful delivery of the competitions. We have worked hard in the background with ASCA to look at all available options for this unusual situation and have agreed that we will make the unprecedented decision to move the dates of MICE from April to February.

Given that MICE is already 70% sold, this decision has impacted a significant number of businesses within the coffee community. MICE has already contacted and discussed this decision with all committed exhibitors and sponsors and we would like to thank these companies for their willingness to support both ASCA and MICE in making this move.

“The Australian Specialty Coffee Association recognises the significance of MICE as Australia’s premier specialty coffee expo. ASCA has been partnering with MICE since its inception in 2012, when the event was created to give Australia its own dedicated meeting place for coffee professionals,” says ASCA President Brent Williams.

“With our mission being to advance specialty coffee in Australia, it makes perfect sense that we would achieve this goal in partnership with a flagship event like MICE. The Australian Coffee Championships are a fan favourite at MICE, and provide our competitors and sponsors with the opportunity to experience a world-class competition in our own backyard.”

“I think it’s a fantastic move so we can all be together. Although the competitions are quite removed from the everyday coffee world, they have an important role to play in bringing the industry altogether once a year to see what’s new and cutting-edge,” David says.

Ona Coffee Founder Sasa Sestic says the change of date is important from a competition perspective and industry leaders looking to attend the 2019 WBC.

“The preparation time for an Australian competitor heading to the WBC in Boston straight after MICE was going to be very tight in terms of organising logistics, roasting, expenses and resources. It wouldn’t give the Australian representative the best chance to represent the country on the world stage so I’m in huge support of having MICE in February,” Sasa says.

“MICE is not MICE without the competitions, and the national competitions are not nationals without MICE. The two have been connected for so many years, so I’m thrilled we can keep them together.”