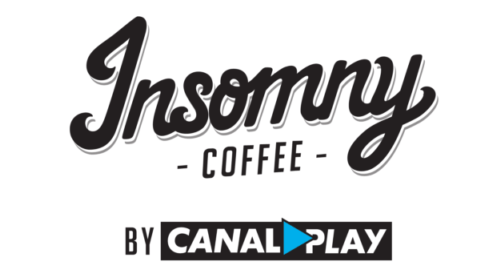 Canalplay, a subscription VOD service from one of Europe’s biggest media providers Canal+, has taken an unusual, indirect approach to promoting itself: it created a new coffee brand. The French PR company Buzzman, collaborating with Canalplay, has created a special blend of 100% Arabica coffee that can be ordered online (as pods, ground or as beans).

The coffee is called “Insomny” – thus referring to the habits of many diehard streaming users – and a code found on the package then allows customers to enjoy a 2-month free trial of Canalplay streaming services, because the service offers “so many programs one life is not enough to watch everything.”

Though Canal+ is often referred to in the American press as the “French Netflix,” it is difficult French streaming services struggle with stricter regulations on film releases than their U.S. counterparts, particularly concerning streaming films that have recently been released in cinemas.

Reuters hints that the Canal+ VOD service Canalplay has nowhere near the popularity that Netflix does in its anglophone countries.

Though talks are in place to relax these restrictions, it may be a while before all-you-can-watch services replace the most popular method of getting films in France: renting.

Netflix, which has mainly taken aim at Europe’s anglophone countries so far, is reportedly in talks to launch in France soon, but it must wait for the right moment, and possibly bend the strict rules in its favor.