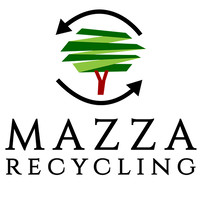 TINTON FALLS, N.J., US – Mazza Recycling now accepts all plastic coffee pods in their recycling programs, an achievement made possible in partnership with Keurig Dr Pepper. Now that the pods are accepted, residents in Monmouth and Atlantic Counties can recycle them alongside items like yogurt cups and butter tubs.

James F. Mazza, Jr., President & CEO of Mazza Recycling states, “I was honored when Keurig wanted to partner with us to share the news of their recyclable polypropylene pods. I was even more excited when the test runs through our Material Recovery Facility proved that the latest recycling technology is able to successfully capture the pods, which will result in significantly less plastic waste in the landfill.”

One of the most widely used coffee pods is the Keurig K-Cup® pod, which is made with polypropylene. This is also known as plastic No. 5 and is the same material that is used in items like butter tubs and yogurt containers. Polypropylene plastic is currently accepted and processed in many recycling centers around the country and capable of being ultimately reused to produce new products. Both Monmouth and Atlantic County residents can recycle their plastic coffee pods through a simple 3-step process:

Monmouth and Atlantic Counties process recyclables at Mazza Recycling in Tinton Falls and then the county sells them to companies that use the recycled material as feedstock for new products, creating a circular system.

“We achieved a significant sustainability milestone last year, with 100% of our K-Cup® pods now made with recyclable polypropylene plastic,” said Charlie Schwarze, director of sustainability at Keurig Dr Pepper. “Acceptance of plastic coffee pods at facilities like Mazza Recycling continues to grow and we are excited about this latest step forward with Monmouth and Atlantic Counties.”

In December 2020, Mazza Recycling was one of four Materials Recovery Facilities (MRFs) awarded a grant provided by The Recycling Partnership’s Polypropylene Recycling Coalition (The Coalition) to improve and increase sortation of polypropylene and support targeted consumer education efforts.

Mazza Recycling is kicking off its own educational community outreach campaign that will include events, instructional flyers, a local press release and social media posts. The campaign will highlight the recent acceptance of all plastic coffee pods and will remind residents that all recyclables need to be clean and empty before being placed in recycling bins and drop-off containers.

To learn more and see a list of all items accepted for recycling in Monmouth and Atlantic Counties through Mazza Recycling, visit https://www.mazzarecycling.com/recyclingdosanddonts