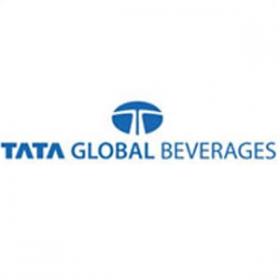 For the quarter, Income from Operations at Rs. 2081 crores (US$ 333.573 million) increased by 9% year-on-year, reflecting good performance in some key markets coupled with favourable foreign exchange translation impact.

Group Consolidated Net Profit is 49% higher than the same period in the previous year, the increase mainly reflecting the impact of lower tax liability, as well as improved performance of some key countries and associate Companies.

During the quarter, the Holding Company’s overseas subsidiaries sold their stake in a U.S. based functional beverage Company, which investment had been fully impaired in the previous quarter.  The consideration for this sale is largely contingent on future performance and restructuring of the business.

During the quarter, Tata Global Beverages’ brands of tea, coffee and water continued to create many magical moments for millions of consumers across the globe.

Significant amongst new offerings from the Company’s brands were a slew of green tea related launches in various countries.

Tetley 100% steamed green teas were launched in Canada in three delicious variants – pure, lemon and ginger.  This range of green teas is gently steamed immediately after picking of the tea leaves, to lock-in its fresh, pure flavor.  The USA witnessed the launch of Tetley Black & Green tea.

This product offers tea lovers the best of both in one cup : the full flavor of black tea, and the goodness of green tea.  In India, a significant marketing and advertising campaign has just begun for Tetley green tea.

Tata Tea Gold also continued to build on the exciting and socially transformative “Jaago Re – Power of 49” campaign in India, through mainstream and digital media.  This iconic marketing campaign urges women, who constitute 49% of the Indian electorate, to exercise their right to vote.

Tata Starbucks – a joint venture between Tata Global Beverages and Starbucks- now has 34 Starbucks stores across the cities of Mumbai, Delhi, Bangalore and Pune.

The stores continue to see excellent consumer response.  The quarter also witnessed the successful launch of a fabulous new flagship store in Bangalore.

Mr. Harish Bhat, Managing Director and CEO of Tata Global Beverages, said – “This has been an exciting quarter for us at Tata Global Beverages.  We have relaunched some of our key tea and coffee brands with new products and powerful marketing programs during the quarter, which have entailed significant marketing investments.

In a few global markets, we have also faced and responded appropriately to some challenging marketplace conditions, particularly on account of commodity price trends in coffee and significant competitor activity.

In our newest category, water, we continue to witness very good growth of our offerings such as Himalayan and Tata Water Plus, through Nourishco, our joint venture with Pepsico.”