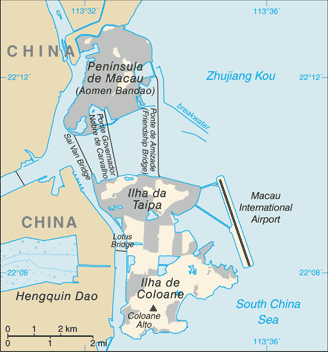 Local coffee suppliers remain confident of their business prospects, despite facing competition from world-class coffee brands. They say that a growing percentage of the younger generation is a driving force behind the local coffee industry.

The Macao SME Pavilion was popular during the closing day of the Macau International Fair (MIF). One local coffee supplier, Excelente Group, who launched Lotus Café, told the Times that the burgeoning coffee culture in Macau has encouraged more young people to accept and appreciate coffee, which in return assists SMEs to further promote their products and services.

“The increasing number of coffee lovers are [generally] made up of the younger generation. You can see that many cafes with different themes have opened in recent years, whose target customers are young people,” said Kenny Wong, Excelente Group sales representative.

Taking advantage of “CEPA” (The Mainland and Macau Closer Economic Partnership Arrangement), the company owns a sub-company in Zhuhai. “Our coffee can be brought to the mainland, due to preference policies,” said Wong.

Another local coffee provider, “Pas-sio-ne,” joined the MIF for the third time. Store owner William Koi believes competition is unavoidable. “The growing number of young coffee lovers and the middle class not only look for brands, but also individual tastes. (…)

We can easily see that coffee culture is being introduced from outside Macau. I believe this is the first step when comparing Macau to Japan, Korea, HK and Taiwan, which all have many local coffee stores. Despite the arrival of some foreign coffee brands, local coffee stores have laid claim to their part of the pie within the industry.

The situation in Macau should be the same. This is a process.”

Having run his coffee business for 10 years, Koi said the demand for coffee has increased. “Our potential customers are aged between 20 to 45, and are basically financially independent and do not hold traditional mindsets about ‘the old way’ of drinking coffee. People used to put sugar and milk into the coffee but now young people are willing to try black coffee.”

Having also provided coffee courses for nearly a year, Kio said more than 90 percent of students are younger people. “At first, they are curious about different coffee tastes, then they want to learn how to make coffee.”

On the contrary, the traditional local beverage, tea, seems to have been left out in the cold. Ms Cheng, a staff member from a Taiwan-based tea booth, said that sales had not been as promising as she had expected. “It seems that major buyers from HK and the mainland, who we believe are our major customers, did not come to the fair.

Based on my observations, Macau people do not seem to be in the habit of drinking Taiwanese tea.”

Joining the MIF for the first time, she was unsatisfied with the arrangement of booths. “Food booths should be close to each other. Our tea booth is standing opposite to booths that are selling jade. It is really weird.”

Cheng told the Times that her company’s target market is made of buyers aged between 30 and 50, but that these target markets would increasingly be aimed at younger consumers, due to younger people experiencing nostalgia about drinking tea from their childhood. “The market in Japan has still quite a lot of potential, with young people there having established habits of drinking tea after meals.”