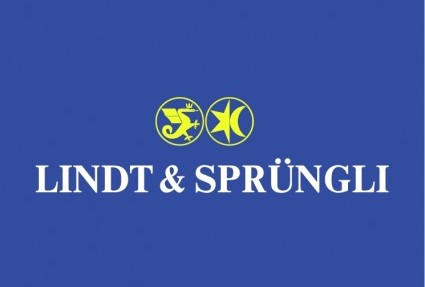 KILCHBERG, Switzerland – Despite significant challenges across the globe due to the COVID-19 pandemic, Lindt & Sprüngli has achieved a solid result in the financial year 2020. Organic sales declined by -6.1%, but market shares increased in nearly all countries, and positive sales growth was generated in important markets. After the pandemic-related decline in the Easter business, the global chocolate markets have grown steadily.

Fortunately, the premium segment, in which Lindt & Sprüngli is leading, has grown at an above-average rate. Thanks to a wide range of chocolate bars, Lindt & Sprüngli continued to benefit strongly from the increased demand for products for personal consumption. The main product lines, Lindor and Excellence, in particular contributed to this positive development in retail trade.

The Excellence chocolate bar range even recorded a double-digit increase. Lindt & Sprüngli responded to the changing shopping behavior as a consequence of the regulatory measures with numerous entrepreneurial initiatives, such as home deliveries, pick-up services, and the expansion of the e-commerce business. As a result, online sales doubled to around 5% of sales.

The global restrictions and regulations in place to contain the spread of the pandemic unfortunately affected important areas of Lindt & Sprüngli’s business. The company’s own global store network suffered from closures and reduced consumer traffic. Easter and Christmas, the most important seasonal gift-giving occasions, were also affected. Restrictions on the food service segment in North America and the traditional specialty stores in Italy had a major impact on sales. The Travel Retail business also recorded a significant decline in sales due to restricted air traffic.

In the financial year 2020, the Lindt & Sprüngli Group achieved sales of CHF 4.02 billion, which corresponds to an organic sales development of -6.1%. Despite the negative impact of the second wave of the pandemic, this decline is within the target range of -5% to -7%, as announced in the half-year 2020. The Swiss franc again strengthened substantially compared to all major currencies last year. The resulting negative currency effect on the consolidated result led to a decline in sales of -10.9% in the domestic currency.

In Europe, in view of the difficult business environment, Lindt & Sprüngli recorded a solid result with an organic decline in sales of -2.9%. The increase in sales in the markets of Germany, the UK, Spain, the Netherlands, as well as in Scandinavia and Eastern Europe compared to the previous year is very pleasing. Countries with a high proportion of own stores and tourism, such as Austria, Italy and Switzerland, however, recorded declines in sales.

The North America region reported -6.8% lower sales compared to the previous year. Good growth was achieved in the Ghirardelli baking segment. In addition, market shares were gained in Lindt and Ghirardelli bars and the Russell Stover sugar-free line. The solid growth in Mexico was also encouraging. In contrast, Russell Stover’s seasonal gifting and Ghirardelli’s food service businesses suffered particularly from the tight restrictions in place. All three brands in the USA (Lindt, Ghirardelli, Russell Stover) and Canada were also affected by the closure of own stores during the lockdowns.

The Rest of the World segment recorded a minus of -16.1%, in particular due to the significant decline in the Travel Retail business and the many store closures as a result of lockdowns. Positive highlights are the countries China and Japan, which realized sales growth.

Lindt & Sprüngli will achieve the target of an operating profit (EBIT) margin of around 10% in 2020, as communicated with the half-year results 2020.

For 2021, the premium chocolate manufacturer is convinced to emerge even stronger from the challenging past year. Lindt & Sprüngli remains convinced that the positive growth of the chocolate markets and in particular the premium segment will continue in the future. In addition, in 2020, Lindt & Sprüngli has laid the foundation for further market share gains with continued consumer focus, increased advertising spends, and various product innovations.

For the coming years, Lindt & Sprüngli confirms its existing medium to long term organic sales growth target of 5-7% p.a. Assuming a significant improvement in the situation relating to the pandemic, Lindt & Sprüngli expects the operating profit margin to return to a level of around 15% in 2022 and, based on this, to resume the medium to long term increase in this figure of 20-40 basis points per year. 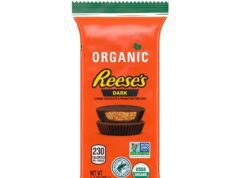