Lavazza’s shot at the hotel market 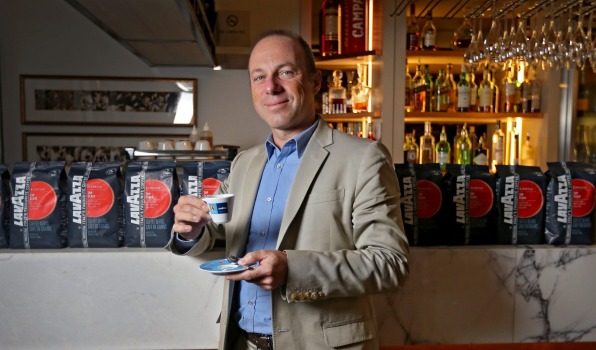 by Lucille Keen*
With almost half of the Australian population reaching for a coffee every morning, Italian coffee giant Lavazza has its sights set on not just the nation’s retail market but taking over hotels, restaurants and cafes.

“We entered the market at the right time,” he said.

“At the beginning of the market there were very little sales. And not so much interest as now.”

The company is now the second most consumed coffee brand in Australia, behind Vittoria in the retail sector.

However, it is in the food service area Mr Lavazza said the company was focusing on.

The company is aiming to have its coffee served in as many hotels, restaurants and cafes around the country pushing it’s long-standing family reputation and “quality product rather than price”.

“It’s very large (the food service sector) and we want to invest and grow our share there,” he said.

According to data by IBIS World, the cafe and coffee shop industry in Australia has a $5 billion revenue annually, growing at an average of 7.4 per cent a year over the last five years.

The company entered the Australian market 30 years ago, and was distributed by a third party – the Valmorbida family’s Valcorp until September, when Lavazza took back the reins.

Of Lavazza’s global sales, 45 per cent are within its home country of Italy, with 55 per cent of the product sold internationally.

Within that 55 per cent of international sales, Australia ranks fourth behind Germany, United States and France.

“We can consider Australia a pretty important country, it’s one of the strategic countries for Lavazza to capitalise on its potential,” Mr Lavazza said.

The emergence in the last five years of capsule coffee has also proved to be lucrative for Lavazza, launching Modo Mio – an inhome coffee machine which uses pods.

The company’s biggest competitor in this market is Nespresso, owned by Nestle Australia.

According to research by Roy Morgan, Australian’s drink 9.2 cups of coffee a week.

“That’s allowed us to offer coffee with ease without diminishing the quality,” Mr Lavazza said.

“People have the expectation now of good tasting coffee all the time and this makes it possible. We’ve tried to replicate the professional system. It’s like having a barista at home.”

The company has also increased its presence in offices, being the only company to provide capsules for vending machines.

Mr Lavazza said the trend was changing as Australians became more discerning about their choices.

He said this was influenced by the sophistication of the food market, which has put Australia on the global stage.

“It’s a revolution, it’s not stopping,” he said.