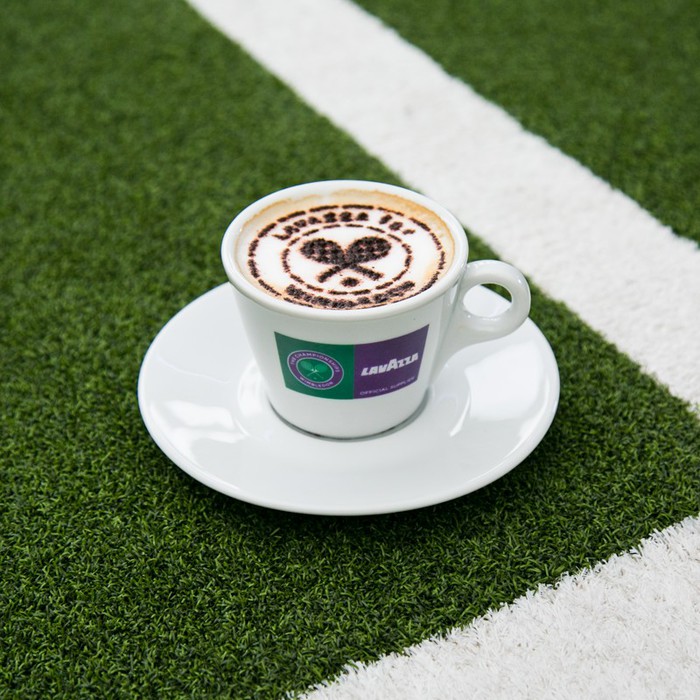 The partnership, which first began in 2011, has gone from strength-to-strength since that time, and will now run until 2019.

To mark the occasion, Lavazza will welcome this year’s global ambassador to The Championships: tennis legend Andre Agassi. Celebrating 25 years since winning his first Grand Slam title at Wimbledon in 1992, Agassi will once again be welcomed back to the All England Club. “Wimbledon,” he once famously declared, “is the place where magic can happen”.

Lavazza Vice Chairman, Marco Lavazza, commented: “Lavazza is thrilled to be continuing the relationship with The Championships, Wimbledon for the next three years, a partnership that exists from many years in one of the key markets for our business.

We’re proud to be part of one of the greatest tennis tournaments in the world and it gives me great delight to see the partnership go from strength-to-strength.

Appointing Agassi as global ambassador is another milestone for us and we look forward to sharing an exciting year with one of history’s greatest athletes.”

The Championships, Wimbledon, will be held from Monday 3 July – Sunday 16 July 2017, and Lavazza is set to operate over 200 coffee machines at 60 service points during the Fortnight.

These include 13 bars and restaurants, corporate hospitality areas, the media work room, as well as areas reserved for players and match officials.

Up to one million cups of authentic Italian coffee are expected to be served to this year’s tennis-loving crowds, both inside Wimbledon’s prestigious Grounds and outside at Britain’s most famous Queue where spectators eagerly await entry.

AELTC Media and Commercial Director, Mick Desmond, commented: “The All England Lawn Tennis Club is delighted Lavazza will continue as Official Coffee of The Championships for a further three years. We are also pleased to see former Wimbledon champion Andre Agassi return to the All England Club as Global Ambassador for Lavazza.”

Over the years, many champions and experts have worked with Lavazza in an ambassadorial capacity, from Pat Cash and Goran Ivanisevic to Caroline Wozniacki and Thanasi Kokkinakis.

This year is no exception as the great Andre Agassi joins Lavazza as global ambassador across all four Grand Slam tournaments, as the face of everything the company does with tennis.

Agassi’s many credentials include winning 60 titles on the ATP World Tour, including eight Grand Slam singles titles, and claiming the world No.1 ranking six times – a nice match for Lavazza, as one of the world’s most important roasters serving Italian excellence in over ninety countries around the world, with a rich heritage of innovation and excellence.

A renowned coffee lover, Agassi stated: “The first thing I do in the morning is drink a cup of black coffee, which helps me get the day off to a good start. In my autobiography, I write about my life-long love for coffee, so it is a natural fit for me to be partnering with Lavazza, a company that has been at the forefront of the industry from day one.

“Lavazza not only invented the coffee blend more than 120 years ago, but also works with passion to make the best quality and authentic Italian coffee I have known and loved for decades.”

Cementing the company’s global commitment to tennis, Lavazza maintains its position as the world’s only food and beverage brand to partner with all four Grand Slam tournaments – for the second year running – serving Italy’s best-selling coffee to more than three million tennis lovers at the prestigious Roland Garros, US Open and Australian Open tournaments, in addition to The Championships, Wimbledon.