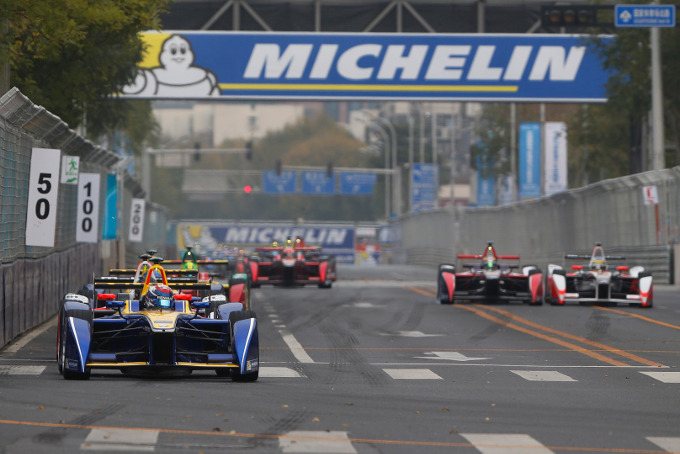 LONDON, UK – Formula E has today announced that La Marzocco will join the series as the official espresso machine supplier for the FIA Formula E Championship. La Marzocco shares the same values with Formula E revolving around sustainability, innovation and engagement. Both are geared to inspire and foster in an entertaining way, concepts such as awareness, high-end technology and community.

This is also used for a charging station at the factory to charge the company Renault Twizy, which enables them to transport guests around the city.

To continue with the efforts to reduce transportation, La Marzocco will use its international distribution network to locally supply and install espresso machines inside the EMOTION Club.

David Sale, Catering Manager at Formula E, said: “I am very excited about having La Marzocco supply us throughout the season as it not only allows us to have great coffee machines, but also gives us an opportunity to integrate with their established network of roasters and baristas around the world.

This combination will provide our guests with a world-class coffee service at all races in season two.”

“We at La Marzocco feel very proud to be part of the Formula E experience, it’s not just about cool cars and the exciting racing, it’s about innovation.

We feel we share this passion with Formula E pushing the boundaries in electric car technology as we do when developing new coffee machines,” said Paul Kelly, La Marzocco UK Sales Manager.

Formula E is a ground-breaking FIA championship and the world’s first fully-electric racing series. It represents a vision for the future of the motor industry, serving as a framework for research and development around the electric vehicle, accelerating general interest in these cars and promoting sustainability.

The first season began in Beijing in September 2014 and completed in London in June 2015, racing in 10 major cities (11 races) around the world.

The championship sees 10 teams, each with two drivers, going head-to-head to create a unique and exciting racing series designed to appeal to a new generation of motorsport fans.

Season two gets underway in October in Beijing where the series becomes an ‘open championship’ allowing approved manufacturers to develop new powertrain solutions.

As well as being the official Formula E tyre supplier, Michelin is an official partner, at the international level, of the FIA Action for Road Safety campaign.

The programme is designed to support the Decade of Action for Road Safety initiated by the UN, the aim of which is to save five million lives over the next 10 years.

This programme is set up to educate and advocate for safer roads, vehicles and behaviours around the globe.