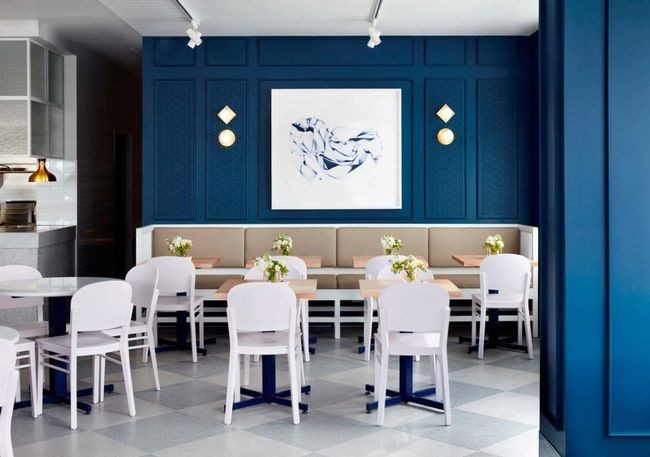 MELBOURNE, Australia – The world’s first Kate Middleton-inspired cafe has opened in Australia and it’s as regal as the Duchess herself.

Middletown, in Melbourne, is decorated with navy and white walls, marble tables topped with flowers and bronze light fixtures.

There’s even an illustration of a trench coat and Kate’s famous sapphire engagement ring drawn on the walls.

The menu boasts an array of breakfast and brunch dishes such as chia seed pudding, pan-seared barramundi and coffee waffles, and also caters to those who prefer a gluten, dairy or meat-free diet.

There’s a collection of coffees, smoothies, wines and, of course, teas to accompany your meal.

The Duchess of Cambridge became the muse for the trendy spot due to her regal demeanour and her admirable personality.

Randy Dhamanhuri, the owner of Middletown, told PEOPLE: “She’s undoubtedly royal but has this humble persona.

“I think she’s the definition of timeless beauty and class in this modern age. Not just speaking of her look, but more so how she carries herself in public.”