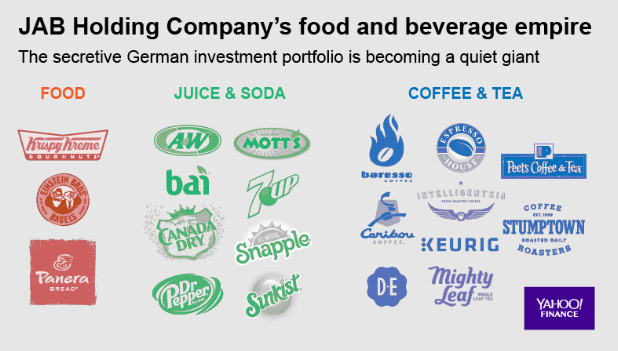 “We want to bring both companies to the stock exchange separately in the next two to three years,” JAB chairman Peter Harf told the trade journal in an exclusive interview.
The newspaper said the IPOs would generate billions for the Reimanns, who have built a coffee empire over the past five year.

Lebensmittel Zeitung said the coffee business, also including Keurig Dr Pepper, had annual sales of $19 billion, while the restaurant business including the Pret-a-Manger sandwich chain and Panera Bread had turnover of $5.7 billion.

“A public listing would be in line with JAB’s long-term philosophy to bring leading global consumer businesses to the public markets. However, we have not made any decision to trigger an IPO process now,” JAB said in an emailed statement.