Is the tide turning against single-use coffee pods?

Coffee drinkers have to deal with billions of pieces of waste 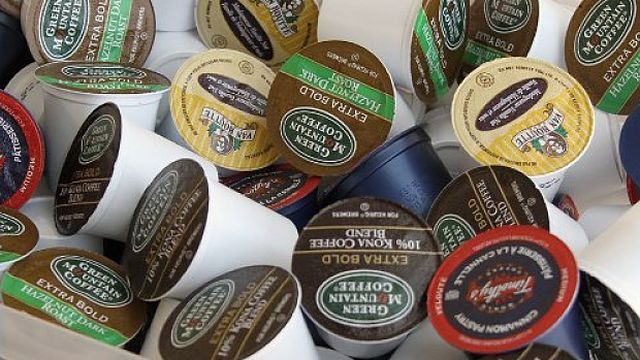 Honour McMillan recycles about 5,000 single-use coffee pods a year to avoid being overwhelmed with guilt.

“I’m sure my brother drinks nearly 10 cups a day, my mom drinks a couple and I drink three shots of espresso a day, mixed with my chaga tea,” McMillan said. “That’s potentially a lot of waste.”

No one really knows how many people take the trouble to recycle their pods, but it’s certain that many struggle with the volume of waste created by their beloved coffee machines and some use elaborate workarounds to reduce the hassle.

“The Tassimo pods are almost impossible to get into, so I go at them with a knife,” said McMillan.

Only the paperboard liner in Tassimo T Disc pods can be recycled, according to the company website.

Single-use coffee pods have long been in the crosshairs of environmental groups and last year David Suzuki urged consumers to stop using them.

Recently, the City of Hamburg banned coffee pods from government buildings to reduce waste, apparently the first city in the world to do so.

Keurig’s K-Cups have to be separated into three components, according to Metro Vancouver. The foil goes straight into the garbage, while the plastic cup can be recycled, but only after the used coffee grounds are scraped out into the compost.

To avoid the messy job of cleaning her K-Cups, McMillan dumps the coffee out of the plastic single-use containers and into a reusable pod, so the recyclable pods don’t go into the machine but straight to the blue box.

Single-use coffee systems produce tens of billions of individual pieces of waste each year, which led the creator of the K-Cup, John Sylvan, to express regret that he ever unleashed his invention on the world. Compostable pods are in development, but none of the single-use coffee giants has one in the marketplace.

Tim Hortons recently made a great leap forward to ease the recycling process.

In a blinding flash of insight, the Canadian coffee giant’s EcoCup pod holds the coffee in a filter bag that is easily removed from the plastic cup with a pull tab, which eliminates the messy job of washing wet grounds out of the pod.

“It’s so much better, the grounds are contained and go straight into the compost,” said McMillan.

Tim Hortons has partnered with Multi Material British Columbia — the province’s recycling authority — to track how many EcoCups come back in recycling programs. Results are expected later this year.

All-aluminum Nespresso capsules can be returned to the store for recycling and you don’t have to clean them. But there are only four permanent locations in the entire region. For greater convenience, you can collect all your capsules in a box and ship them to the company’s recycling partner in Ontario.

Maria Lynn MacDonald has three Nespresso machines — home, office and cabin — and easily goes through ten capsules a day with her husband and son.

“I have thrown a few away, but very rarely,” she said. “I feel too guilty.”

In order to include the metal capsules in her blue box, MacDonald carefully cuts the tops off with a knife and empties out the grounds. It’s a process she repeats more than 3,000 times a year.

“It’s inconvenient, it’s dirty and a pain,” she said. “But I can’t just throw them out.”