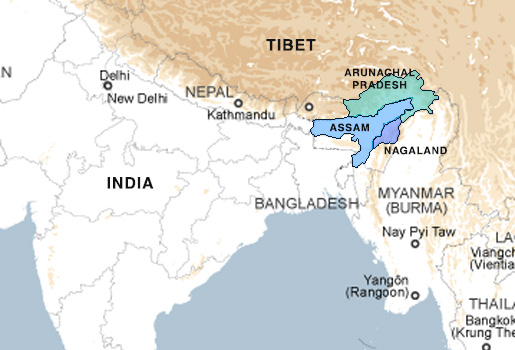 KOHIMA, Nagaland, India – The department of Land Resources of the Indian state of Nagaland is on a mission to relaunch its coffee sector, after the failure experienced over 30 years ago, in the early 1980s.

The department aims to replicate the success story of the rubber growing, which was successfully introduced in some districts of the state under its mentorship.

All out to encourage coffee growers, the Land Resources Department organised a training on coffee plantation today which was participated by over hundred of farmers from across the State.

Sharing on the success story of Vietnam, which within decades, rose to become the second largest producer of coffee in the world, officials from Coffee Board of India (CBI), who spoke at the training programme, urged the Nagas to strive hard by taking the example of Vietnam.

The CBI officials observed that the weather conditions and topography of Vietnam and Nagaland have similarities, for which they believe that coffee growers in Nagaland will meet success stories someday, provided they labour hard with commitment and sincerity.

In his address, Dr. VR Gudde Gowda, Joint Director (Extension), Guwahati, Coffee Board of India (CBI), informed that Vietnam produced only one million ton of coffee in 1990 but went on to produce 12 million tons in 2001.

And today, with a total production of 1,300,000 tons per year, Vietnam is the second largest producer of coffee in the world.

Only next to Brazil which produces about 2,249,010 metric tons of coffee per year. India holds the fifth position in coffee production, next to Columbia and Indonesia.

While observing that Nagaland has the potential for coffee plantation, Dr. Gowda was hopeful that Nagaland will grow up to become a coffee producing state within a span of 4/5 years.

Stating that coffee houses have become a flourishing business in cosmopolitan cities, Dr. Gowda said this should motivate the coffee farmers to exploit and capture the market of Indian cities and also the world.

Dr. CG Anand, Joint Director (Research), CCRI, Balehonnur, CBI, was positive that coffee growers in Nagaland will prosper if proper attention is given from the start.

Stating that the quality of coffee in Nagaland has been rated as one of the best in the world, Dr. Anand foresees that the State will go a long way as a coffee producer, provided the farmers grow it with commitment and dedication.

“The Coffee Board of India is happy to get associated with you (farmers). We will assist you in all possible means with the support of the Land Resources Department,” he told the coffee growers who attended the day’s programme.

It was informed that the specie of Arabica suits the higher altitude areas of Nagaland and robusta (specie) for those districts with lower altitude.

“Labour hard and do not compromise on quality. Because once you fall short and maintains complacency, there are high chances that the quality may also deepen down,” he cautioned the farmers.

Director of LRD, Hoto Yeptho informed that coffee plantation in Nagaland failed in the eighties because there were no markets to export the produced.

He advised farmers not to be disheartened as there are enough markets today to export the coffee produced in Nagaland. He informed that a company – Noble Cause from South Africa, has come forward to buy the coffees produced from Nagaland. This was done through the help of Coffee Board of India, he said.

“After seven to ten years from now, the coffee growers will enjoy life,” Yeptho said making a comparison with the rubber growers of the State, especially from Mokokchung and Wokha.

“Give your best in the coffee plantation. It will remain your land, your property and your coffee,” he told the coffee growers.

Delivering the keynote address, DPO of DoLR, Dr. Menuosietuo Tseikha said the training was organised with the objective to educate and expand the knowledge of the farmers.

He informed that over 760,000 coffees have been planted throughout the State with the target of another 700,000 this year. He was happy that more than eighty percent of coffee growers have planted the coffees according to the instructions.

Dr. Tseikha also urged the farmers to render their best and cooperate with the department to achieve their goals.

During the programme, the Director Hoto Yeptho also released the audio visual aid on package and practices of coffee cultivation in Nagaland.