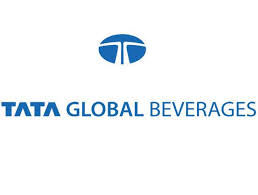 For the year, Income from Operations at Rs. 7738 crores increased by 5% year-on-year.

Group Consolidated Net Profit is 29% higher than the previous year. The operating results reflect strong performance in some countries and a challenging market environment in a few geographies.

During the Quarter, income from operations stood at Rs 1910 crores, an increase of 3% compared to the same period last year. Group Consolidated Net Profit at Rs 69 crores is 28% lower than the previous year due to higher expenditure on brands, new initiatives and exceptional items.

During the quarter, Tata Global Beverages continued to create magical beverage moments for consumers, across tea, coffee and water.

Tetley in the UK launched four new delicious flavours of green tea- Tetley Green Tea Mango and Passion Fruit; Peach and Apricot; Raspberry and Pomegranate, and Mint. With these launches, Tetley in UK is establishing a presence in the fast growing flavoured green tea segment, by giving consumers tasty beverage options which are also healthy.

The Tetley Infusions range, which was recently launched in pyramid tea bag format in Australia has done very well during the last quarter. The range is available in exciting flavours with a twist such as peppermint with shavings of lemongrass and chamomile with a squeeze of lemon.

The pyramid tea bag helps deliver a tastier brew. Tetley’s 100% steamed Green Tea in Australia has created a differentiated positioning for itself in this market. It has a light, refreshing taste without the bitterness of some other green teas. In India, the recent marketing campaign for the green tea range, focused on cleansing from within, has seen good market response.

The ‘Power of 49’ campaign for Tata Tea Gold in India, which encouraged women to exercise the power of their franchise, saw strong momentum and consumer participation last quarter with a mix of elements spanning advertising, on ground activation and digital marketing.

The campaign touched over 100 million women across India and sparked over 5 million interactions through its communication channels.

The acquisition of the ‘MAP’ brand in Australia this month, though moderate in size is significant for the Australian market and will help Tata Global Beverages further expand its offering in Australia to include coffee. MAP is present in roast & ground coffee, single serve coffee pods and machines and in the food service industry.

This acquisition will help strengthen the Company’s portfolio in the high growth contemporary ‘single serve’ business.

Tata Global Beverages already has a presence in the pods segment in the USA through an agreement with Green Mountain Coffee Roasters’ Keurig single serve machines for Eight O Clock Coffee. It is also present in the single serve segment in Canada with Tassimo, for Tetley tea.

Tata Starbucks – a joint venture between Tata Global Beverages and Starbucks- now has 46 Starbucks stores across the cities of Mumbai, Delhi, Bangalore and Pune. The stores continue to see excellent consumer response.

Tata Water Plus- India’s first nutrient water, now has a presence in the states of Tamil Nadu, Andhra Pradesh and Gujarat in PET bottle as well as pouch formats. Tata Gluco Plus launched a new flavor variant- Apple Cinnamon last quarter, which was been very well received in the market. With this launch, the brand now has five delicious flavours available.

Mr. Ajoy Misra, Managing Director and CEO of Tata Global Beverages, said – “In a challenging market environment, we continue to invest strongly behind our brands. We have made good progress on category expansion into coffee and the single serve business in Australia with the acquisition of the MAP brand.

By leveraging key consumer trends like wellness, convenience and indulgence, Tata Global Beverages continues to create many magical beverage moments for consumers across the globe. Our strategic alliances with PepsiCo and Starbucks are making good progress and seeing steady growth.”