IMA: agreement signed for the sale of the holding in CMH S.r.l. 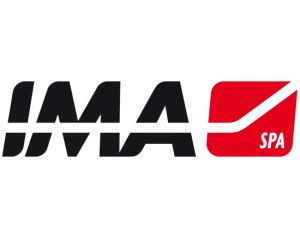 On 3 December 2015, IMA signed an agreement for the sale of its 50% holding in CMH S.r.l. to the other shareholder, Sacmi Imola S.c. CMH S.r.l., which was set up in 2011 for the purpose of creating a joint venture with the Sacmi Group for the production and sale of automatic machines for the processing and packaging of chocolate, controls Carle & Montanari – OPM S.p.A., CMFIMA S.r.l. and Carle & Montanari – OPM USA Inc.

The equity value of the investment has been set at 25.5 million euros, with 17.5 million euros to be paid at the closing date, which is expected to take place in December 2015, with the remainder due within one year from completion.

The sale, which does not have any impact on the IMA Group revenues and EBITDA as CMH is measured at equity, generates a capital gain for IMA of about 16 million euros.

The sale also involves a non-competition agreement for a period of four years in this specific sector.

“We are pleased to have contributed to the creation of a national hub in the field of chocolate processing and packaging with a prestigious group like Sacmi.

The transaction concluded today allows us to focus on strategic sectors that are more oriented towards packaging, also through acquisitions that could further integrate our offer in the food and pharmaceutical sectors”.

“The latest financial statements of the Sacmi Group showed a turnover in the Food sector of more than 120 million euros, continuing the positive trend of continuous and steady growth on the previous years – declared Pietro Cassani, General Manager of Sacmi.

The good performance of the sector, combined with excellent prospects for further growth – especially in the world of bakery – have suggested a further concentration of investments in the sector, giving Sacmi 100% control over the first Italian hub for chocolate processing and packaging, a sector that has grownand consolidated in recent years thanks to the positive contribution of a leading partner in the packaging industry like IMA.

This is a deal -continued Cassani – which will involve multiple and positive synergies within the Sacmi Group, in particular with the Beverage sector, both from a commercial point of view, given the high number of customers common to both sectors , and from a technological point of view, from packaging systems to solutions for process automation, which fits into Sacmi’s long-term policy aimed at targeted acquisitions in key reference businesses, such as those built up in recent years in the ceramic and brick segment”.

For the above transaction, IMA was advised by Emanuele Gnugnoli, partner of Studio Poggi & Associati, and by Paolo Montironi, partner of NCTM Studio Legale, whereas Sacmi was advised by the law firm Portale & Visconti and by Kaleidos Corporate Finance as financial advisor.