HEALTH – Coffee may protect against liver damage in alcohol drinkers 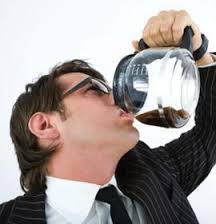 Heavy coffee consumption may protect against liver damage in men who drink alcohol, a new study has claimed. Researchers asked nearly 19,000 Finnish men and women between ages 25 and 74 about their coffee and alcohol consumption.

Over time, drinking can also lead to alcoholic liver disease. People with liver disease show higher levels of GGT in their blood.A new study has found out how coffee can protect liver against damage in men who drink alcohol.

Men in the study who consumed more than 24 alcoholic drinks per week, or about 3.5 drinks daily, had the highest levels of the liver enzyme about three times higher than men who did not drink alcohol.But among the men who were heavy drinkers, those who also consumed five or more cups of coffee daily showed a 50 per cent reduction in GGT compared with men who drank no coffee.