Half of Americans have become at-home baristas during the pandemic 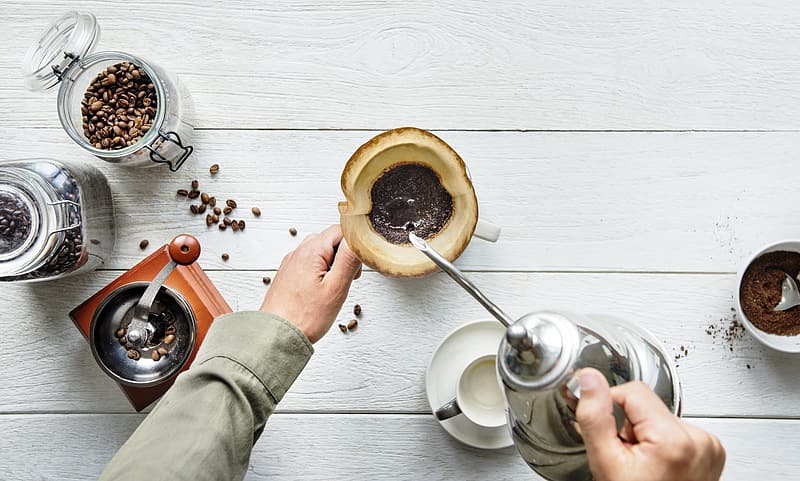 NEW YORK, U.S. — With coffee shops across the country closed during quarantine, a new poll finds many people have decided to become at-home baristas. Even more surprising, most of those learning to make their own brew don’t plan to stop once the outbreak ends.

A poll of 2,000 coffee-drinking Americans finds 49 percent have become a “quarista,” an at-home barista during the pandemic. The survey commissioned by Mr. Coffee adds two-thirds (66%) of these at-home coffee experts say they’ll keep brewing their own java once COVID restrictions end.

A quarter of respondents say they’ve used there time at home to learn how to use an espresso machine. One in five Americans are learning to make cold-brew coffee and another 20 percent are trying out a traditional drip coffee machine.
Practice makes perfect

The survey finds many Americans are taking their new-found talent very seriously. Three in four (76%) of the quaristas have committed over two hours learning how to brew the perfect cup of coffee. Nearly 60 percent say they have learned a new coffee-making skill during quarantine and 18 percent of that group are using these skills to make iced coffee.

It turns out there’s more to making a good cup of iced coffee than putting in ice cubes or sticking it in the refrigerator. Twice as many Americans say it’s harder to make iced coffee at home than a hot cup of java (38% to 19%).

“While iced coffee seems simple, it’s not as easy to perfect at-home as you might think,” Mr. Coffee’s director of marketing and brand lead Justin Crout says in a statement.

“It can be tricky to get the proportions right and to the right temperature without it tasting watered down — a problem most at-home baristas run into. It’s important to get a machine that takes all of that into account so you can step up your iced coffee-making skills at home.”

At-home baristas: The right tools for the right job

Of all the packages flying across the country during quarantine, it appears many of them had coffee makers in them. The survey finds 38 percent believe they were poorly equipped to make coffee at home before COVID-19. Nearly a quarter (24%) say they didn’t have the right machine at home to do the job. Another 22 percent feared they couldn’t replicate that coffee house taste and 21 percent worried they’d mess it up.

“Making your own perfect cup of coffee is both an art and science which means the tools we use are incredibly important,” Crout says. “In addition to fresh coffee grounds, two things I always keep on hand are my Mr. Coffee Iced Coffeemaker and a flavored oatmilk creamer.”

So what’s the result of all this hard work? They survey finds 42 percent of Americans now consider themselves a “coffee connoisseur,” a small increase from the time before lockdown.

The survey was conducted by OnePoll.