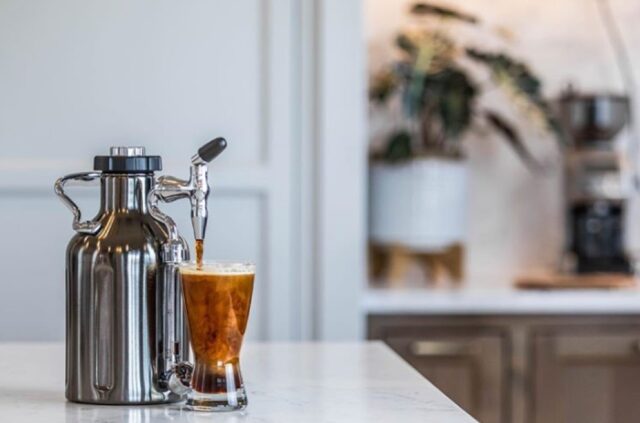 PORTLAND, Ore. – The uKeg Nitro from GrowlerWerks made the holidays very, very happy for nitro cold brew coffee lovers across the country; and proved that crowdfunding is alive and well for small businesses looking to make a huge splash.

Last summer, the uKeg Nitro took the specialty coffee industry by storm when it launched its Kickstarter campaign. A first-of-its-kind product, the uKeg Nitro lets people make and serve creamy, nitro-infused cold brew coffee from the comfort of their home—and at a fraction of the cost compared to coffeeshops and grocery stores.

“As an entrepreneur and cold brew fanatic myself, it’s incredibly satisfying to take something that people love and make it easier and more affordable for them to enjoy,” said GrowlerWerks President and Founder, Shawn Huff. “We were also thrilled that we could bring this product to life through a crowdfunded campaign. GrowlerWerks was born on Kickstarter, so it was a great experience to see an enthusiastic community of backers come together again to make the uKeg Nitro a reality.”

The initial buzz from Kickstarter helped drive a very successful holiday shopping season. The uKeg Nitro hit retail sites November 4, 2019 and quickly climbed to #6 on Amazon’s list of best-selling cold brew coffee makers, surpassing category mainstays KitchenAid and OXO. In fact, sales on Amazon were so good that at times the product sold out completely.

“We’ve been calling it the ’Tickle Me Nitro’,” joked Marketing Director, Scott Davis. “It’s flying off the shelves just like the Tickle Me Elmo toy in the 90’s…minus the violent stampedes, of course.”

Coffee fans can get in on the action by purchasing the uKeg Nitro cold brew coffee maker—as well as replacement nitro cartridges, coffee filter bags and cleaning kits— from GrowlerWerks, Amazon, REI, Williams Sonoma and other online retailers.

Horeca in Italy: lockdown brings a boom in vouchers and delivery servi...

The Mokha Institute hopes to boost Yemeni coffee and help revamp the c...