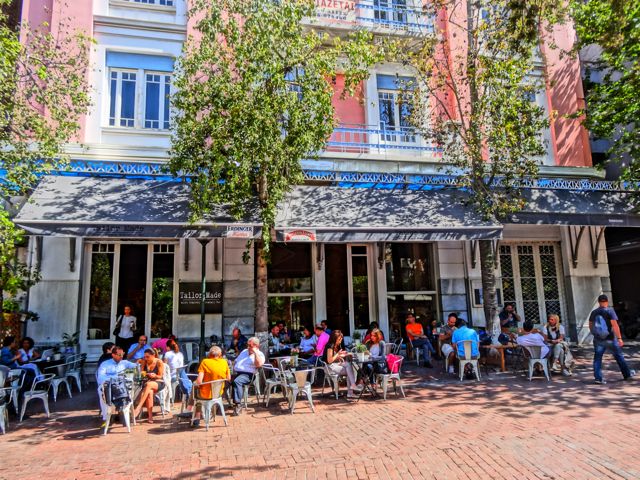 With an annual per capita consumption of 5.4 kg, Greece ranks 17th among the world’s biggest coffee drinkers, according to the latest figures from the International Coffee Organization.

Despite the economic crisis and the austerity, Greece’s coffee industry has been rapidly growing during this decade. Greeks boast an ancient coffee tradition and coffee drinking is a true ritual.

For the last eight consecutive years, most of the enterprises involved in the coffee industry have succeeded in developing against all the odds.

“Within the last five years more than 50 new coffee chains have entered the Greek market, even though not all of them managed to survive,” the Greek Specialty Coffee Association (SCAE Greece) told Xinhua.

As coffee seems to be one of the last affordable daily “luxuries” for the consumers, a further growth is expected.

Revenue in the coffee segment amounts to 966 million euros in 2018, while the market is expected to grow annually by 2.6 percent during the period between 2018 and 2021, according to latest figures.

Businesses specializing in takeaway coffee flourished, with new chains appearing and most witnessing dynamic growth in numbers and revenues.

Convenience, one of the primary factors regarding consumption, created an ideal context for the booming of takeaway consumption.

From the mid-2000’s, more and more people became familiar with specialty coffee, which seems to give a new dynamic to the field.

There is a rapidly growing number of specialized importers and roasters of fine beans.

“Numbers show that people are getting more and more aware of what they drink and look for, they can define the taste characteristics that suit them, and they consider coffee consuming as an experience and not only an everyday essential,” SCAE Greece told Xinhua.

Nowadays, specialty and espresso-based beverages are constantly gaining ground in market shares, while gourmet cafes are popping up in cities across the country.