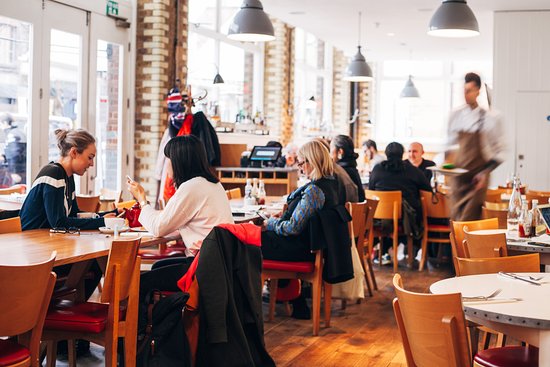 LONDON, UK – Visiting restaurants, pubs and coffee shops are top of the list of things British people miss the most during lockdown, according to one of the largest national surveys carried out on the Covid-19 crisis. In the survey, carried out by Allegra Strategies – a research consultancy working in the health and wellness industry – 4,000 people were asked a range of questions on the personal impact of the crisis, their future concerns, and their views on the government’s handling of the crisis.

When asked which of the following social outings they missed the most (with people being allowed three choices) of the 17 suggested social outings, an overwhelming number cited visiting cafes & coffee shops (second choice at 42%), restaurants (4th choice at 29%) and pubs and bars (fifth choice at 19%) as the thing they missed most during lockdown.

Further down on the list were shopping, gyms, cinema, parks, sporting events, museums, theatre, music shows and events. But the survey found that while there is still a threat to people’s health the majority don’t think businesses should be reopened soon to preserve the economy.

CEO of Allegra Strategies Jeffrey Young said the government now needed to set out a concrete action plan for how the hospitality industry would return and how it could protect the millions of people working in the sector.

“The hospitality industry is one of the worst affected sectors of our economy. And yet these environments such as our local coffee shops and restaurants are predominantly linked to our socialization and a lot of local community engagement.

“Hospitality is a major part of the British economy and fabric of our society. The warmth of hospitality is what we all yearn for. It is where we celebrate life events, where we meet friends for a catch-up. Our restaurants, coffee shops and pubs are at the very heart of British life.

“They have also become a reason to go to the high street. They are a natural adendum to the shopping trip.

“Social distancing measures will undoubtedly have a long term and profound impact on the sector. Even where there is enough footfall the rate at which restaurants can accommodate people (in terms of reducing table numbers) will be far lower, which leads to less revenue and lower staff numbers.

“The impact on hospitality workers, of which there are millions, is quite catastrophic and heartbreaking.

“The government has done much to help so far but I truly believe that the only way forward is to have flexible furlough for a far longer period to help this sector.”

For a copy of the full report please go here.

Additional findings from the survey: