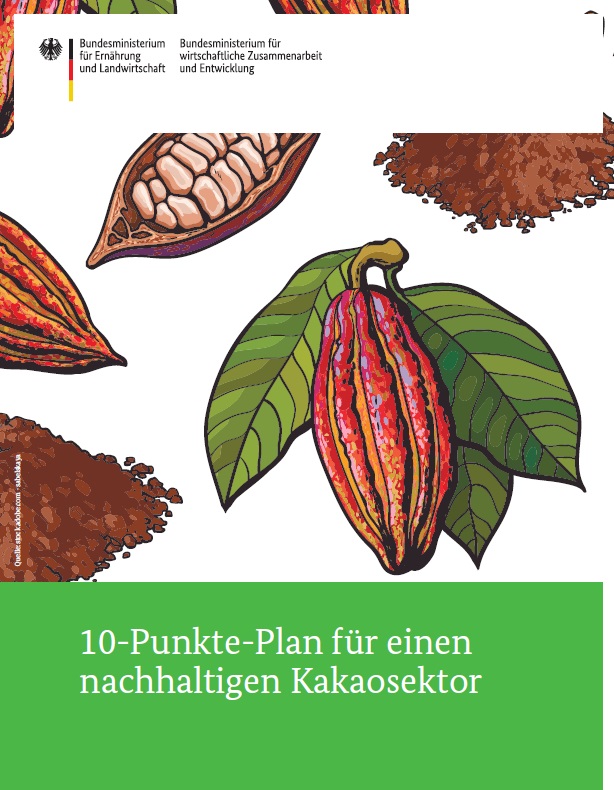 As members of the German Initiative on Sustainable Cocoa (GISCO), both ministries are engaged in a joint strategy for a sustainable cocoa sector for all German actors. Wolf Kropp-Büttner, GISCO board chair, acknowledged the commitment.

He said the 10 points named in the ministries’ plan would widely cover the objectives GISCO is committed to.

The action plan underlines the efforts of the German government and gives more details to the ambition for 100 per cent sustainably sourced cocoa in chocolate and chocolate products sold in Germany in the long-term.

The German-language official version of the Plan can be seen at this link.