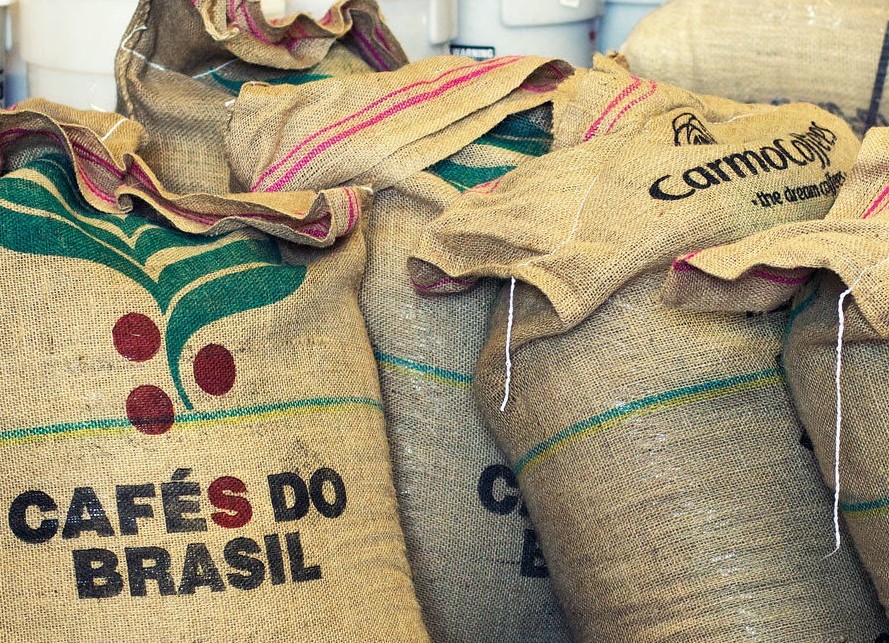 SAO PAULO, Brazil – Brazil’s coffee crop for 2019/20 should be 8.5% lower on year, according to a report published by the US Department of Agriculture attache in Sao Paulo. ATO/Sao Paulo projects Brazilian coffee production for Marketing Year (MY) 2019/20 (July-June) at 59.30 million 60-kg bags, a 5.5 million bags drop compared to record historical production in the former season (64.8 million bags).

In spite of good weather conditions in the majority of growing regions, Arabica coffee trees are mostly in the off-year of the biennial production cycle, thus producing less.

Coffee exports for MY 2018/19 are estimated at 39.72 million bags, again reaching again historical export levels, due to large production levels and steady competitiveness of the Brazilian product.

The Agricultural Trade Office in Sao Paulo (ATO) forecasts Brazilian marketing year (MY) 2019/20 (July-June) coffee production at 59.3 million bags (60 kilograms per bag), green equivalent, a decrease of eight percent vis-à-vis the revised figure for the previous crop year (64.80 million 60-kg bags). This small decrease is attributed the lower off-year production of Arabica and an increase in Robusa/Conillon production the same MY.

Arabica production is forecast at 41 million bags, a 15 percent reduction compared to the previous crop. Good weather conditions have generally prevailed in most coffee growing regions, supporting fruit setting, development, and filling. However, the majority of producing areas are in the off-year of the biennial production cycle, thus resulting in lower production potential for the upcoming crop. The bulk of the Arabica coffee harvest should start in May/June and the quality of the crop is expected somewhat worse than the previous year because of the multiple blossomings in some growing areas.

Robusta/Conillon production is expected to reach 18.3 million bags, an increase of 1.7 million bags compared to the current MY. Espirito Santo, the major Robusta/Conillon producing state has been favored by abundant rainfall. Meanwhile the state of Rondonia’s increased use of good crop management practices and clonal seedlings have supported a steady increase in production in recent years.

In January 2019, the Brazilian Government (GOB), through the Ministry of Agriculture, Livestock and Food Supply’s (MAPA) National Supply Company (CONAB), released its first survey projecting Brazilian coffee production in MY 2019/20. It forecasts between 50.48 and 54.48 million 60-kg bags, a 7.18 to 11.18 million-bag reduction relative to MY 2018/19 (61.66 million bags – 47.48 and 14.17 million bags of Arabica and Robusta/Conillon coffee, respectively). CONAB projects Arabica production between 36.12 and 38.16 million bags, whereas the Robusta/Conillon crop is estimated between 14.36 and 16.33 million bags. CONAB is expected to release the second coffee survey for the 2018 crop on May 16.

Brazil’s coffee yield for MY 2019/20 is forecast at 29.07 bags/hectare, a decrease of eight percent compared to MY 2018/19 (31.46 bags/hectare). The drop in yields due to the off-year of the biennial production cycle for Arabica trees was partially offset by the recovery of Robusta/Conillon production. The graph bellows illustrates the evolution of Brazilian coffee yields since the 2010/11 crop.

Brazil’s domestic coffee consumption for MY 2019/20 is forecast at 23.53 million coffee bags (22.35 million bags of roast/ground and 1.18 million bags of soluble coffee, respectively), an increase of 1.5 percent compared to the previous MY, following the expected Brazilian gross domestic product (GDP) growth for the current year. Note that coffee already has a high penetration in Brazilian households.

The Brazilian Coffee Industry Association (ABIC) reports that the coffee industry processed 21 million bags, green equivalent, from November 2017 to October 2018, an increase of roughly five percent compared to the same period the year before (20.04 million bags).

ABIC changed recently the methodology to estimate the domestic coffee consumption to include consumption only by roasters.

Therefore, the aforementioned figures do not include consumption from other channels like on-farm consumption, coffee shops and other informal sources. According to the new methodology, per capita consumption for 2018 is estimated slightly up from 2017, at 4.82 kg of roasted coffee per person. Coffee consumption from sources other than roasters is roughly estimated at 2 million bags.

According to the April 2019 coffee trade statistics released by the International Coffee Organization (ICO), total world coffee consumption for 2018/19 is estimated at 168.55 million bags, an increase of 2.56 million bags relative to 2017/18. Brazil represents roughly one third of total world exports.

ATO/Sao Paulo forecasts total ending stocks in MY 2019/20 at 2.88 million bags, a roughly 1 million bag drop compared to the previous MY (3.86 million bags), due to expected lower coffee supply during the season and continued strong exports. Government stocks are virtually zero. CONAB’s 2019 privately-owned stocks survey has not yet been released. That survey includes coffee stocks held by growers, coffee cooperatives, exporters, roasters, and the soluble industry as of March 31, 2019.