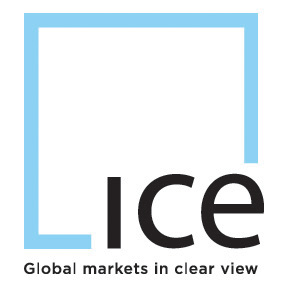 The catalyst for the move higher on Thursday was a crop inspection report from US coffee importer, Wolthers Douqué. The report predicted that 35% of the coffee crop would be lost in the South Minas region of Brazil due to unfavourable weather.

“The South of Minas Gerais holds the record of highest density of coffee tree population in the world, also the first producer in volume of fine Arabica beans in Brazil/world – says the report –

The plantations between Varginha and Santo Antonio do Amparo, including Oliveira, Carmo da Cachoeira, Boa Esperanca, Tres Pontas and through Guaxupe are the record holding in density and quality Regions/Districts.

These are exactly the Districts that suffered the highest negative impact of the drought, excess heat waves and low air humidity that started late November 2013 and lasted through the end of February 2014.”

The report calls this crop the  Sauterne and Origami Arabica crop “due to the over – ripe, very sweet and soft cherries added by the tangled defective malformed beans inside. While the plantations look healthy and with relative good quantity of fruits, once one examines closely, the reality is of a high amount of watery, single, small and defective formation, dead and discoloured beans inside.”

“I picked good quantity of fruits and could feel their raisin and excessively soft texture, easy to squeeze manually and as I cut these cherries and green fruit, I found many disorganized defective beans inside, thus the “Origami “expression,” says the author of the report.

“This was the first time I saw these badly formed beans, they look like twisted and layered paper bundle, these beans will result in negative revenue to the producer, worthless to harvest.

Many producers will wait to harvest in the hope that further rains help the smaller green and still unripe fruits develop, a long shot at this point as the regular dry season has already started.

Branch growth where the next harvest ( 2015/16 ) should be secured through the formation of average 13 internodes, have a maximum of 6 to 9 formed nodules, this will affect next crop negatively.

It remains quite hot as the average mid-day temperatures last week remained at 38 degrees Celsius/100 Fahrenheit; this does not help further bean development.”

Crop losses are estimated as follows for the Arabica crop:

“This is the main and crucial point to tighten or relax the nearby supply issue under the current circumstances,” says the report.

“Strictly Soft/Fine Cup and Specialty grade normally represent about 50% of the Arabica harvest; this percentage can be reduced due to Beetle Boar and Bicho Mineiro attacks.

Normally, screen 17/18 beans represent about 33% of the Arabica crop, this year that percentage can be reduced by about 60% due to low bean growth.

Quality may be further deteriorated in case it rains under the harvest season.

The Furnas Lake is in its lowest level since its formation almost 50 years ago, the plantations around it ” hundreds of thousands of hectares ” are mostly under 850 meters altitude, these are now unprotected against frost.”

According to the report, farmers now expect a reduction due to lesser branch growth and lesser internodes, only in the drought struck areas.
Source: http://www.wolthersdouque.com/2014/04/the-sauterne-and-origami-arabica-crop-brazils-drought-situation-in-coffee/