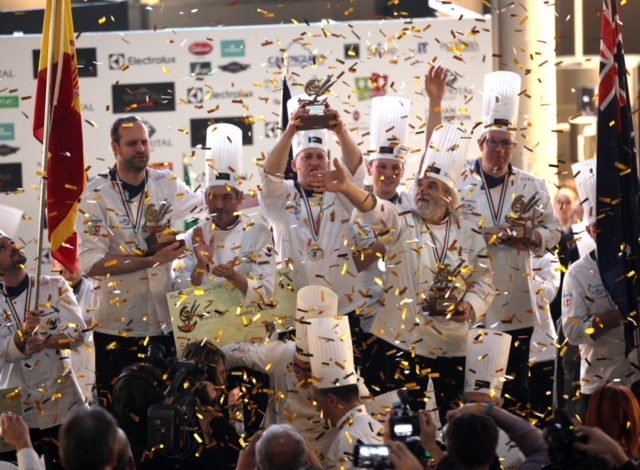 RIMINI, Italy – France has won the 2018 Gelato World Cup held at Sigep, the 39th International Exhibition dedicated to Artisan Gelato, Confectionery, Pastry and Bakery production and the Coffee sector, which ended yesterday in the Italian city of Rimini.

Spain and Australia took second and third place, while previous winner and fellow gelato giant Italy had to sit out the eighth edition of the competition. Argentina, Brazil, South Korea, Morocco, Poland, Switzerland, Ukraine and the United States also took part in the event

Gelato World Cup rules have always barred the holders from participating in the following edition of the tournament, which is held every two years.

The rule has been removed for 2020, allowing France, announced winners on Tuesday, and Italy to face each other for the first time.