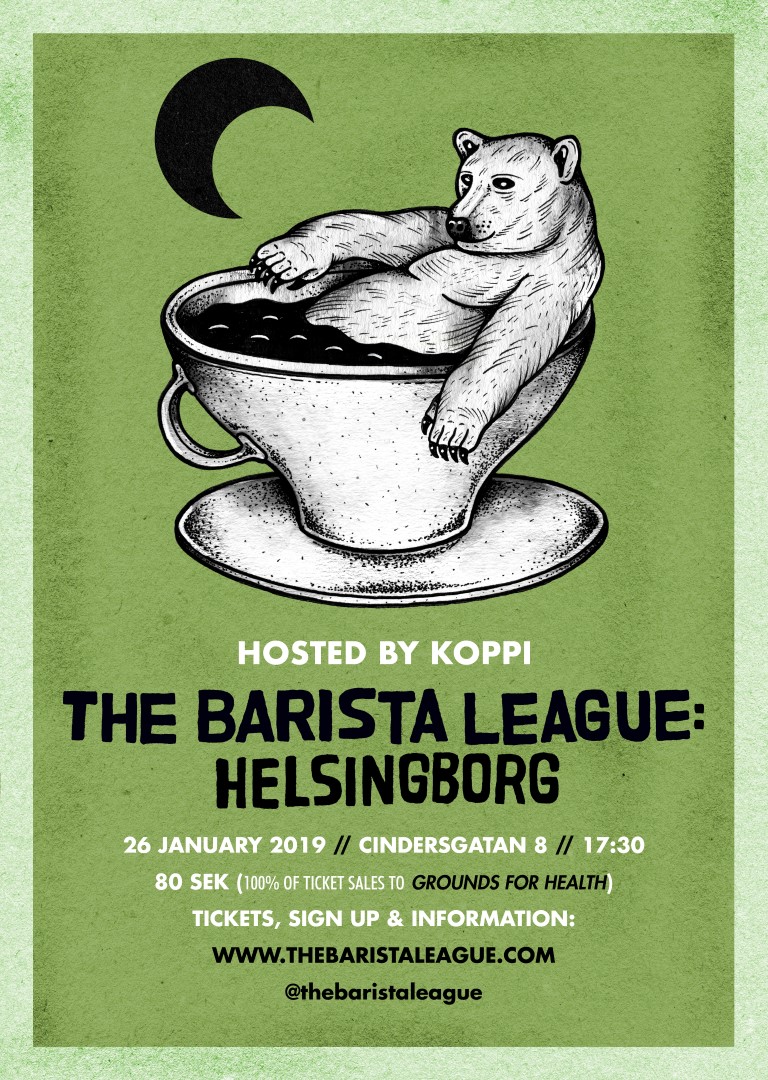 HELSINGBORG, Sweden — On Saturday the 26th of January, The Barista League, one of the specialty coffee world’s most exciting competitions is returning to it’s roots with a huge event in Helsingborg.  Started in 2015, in the south of Sweden, The Barista League is a fast paced, exciting competition drawing coffee professionals and baristas from all over Europe to compete together for a chance at coffee glory.

The twelve teams of competitors will come together at the world famous Koppi Coffee Roasters to compete in three rounds of interdisciplinary coffee competitions, all for the chance to win The Barista League Mystery Vacation – an all expenses payed trip to a surprise location with the winners from the other three international competitions.

The teams will be judged by three renowned judges in Mikaela Gervard (Finnish Brewers champion and runner up in the world brewing championship in 2016), Sierra Burgess-Yeo (Founder of the Kore Directive in the UK) and Vala Stefansdottir (Icelandic Coffee Champion and founder of Kaffikvorn).

Outside of the main competition, there will be food, drinks and a brand new brew bar concept, where for the first time guests will be able to test out the same equipment and competition as the competitors.  The team behind The Barista League will also be producing their first Environmental Impact Statement, aiming to demonstrate their ambition to producing a 100% waste free coffee event.

The Barista League was started by Steven Moloney, a three time Swedish Champion, back in 2015 and has since grown to run events and competitions in 10 countries including a two week tour through the USA last summer.  Coming back to Scandinavia for the first time in over a year, the Helsingborg event represents a home coming of sorts – bringing the same fun, inclusive and exciting competition as always with a bigger, better and more deliberate event production.