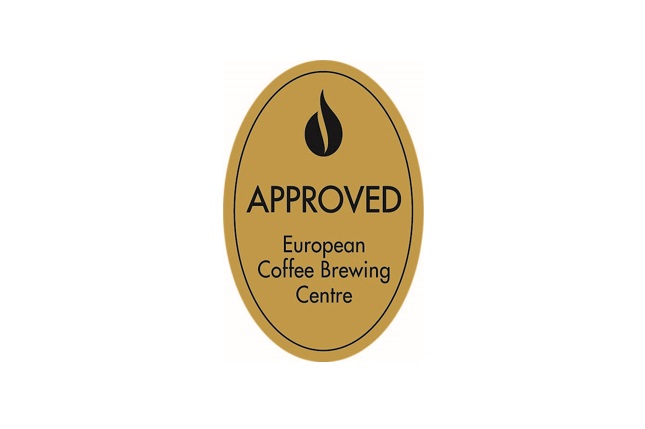 OSLO, Norway – The European Coffee Brewing centre (ECBC) is run by The Norwegian Coffee Association and has since 1975 tested and approved coffee makers for both the home and professional market. A new approval program for home coffee grinders is now being launched. In the market of home coffee equipment, there is a large element of blade grinders sold as coffee grinders.

Customers with little experience or knowledge are not necessarily aware that they «crush» the coffee beans instead of cutting them into even particles. In addition to inconsistency, it is difficult to control the particle size. Heated grinds and static charge may also be a problem with these grinders.

The result does not do justice to high-quality coffee beans and will most likely ruin the result in the cup.

This is the main reason why the European Coffee Brewing Centre is now launching a new approval programme for coffee grinders in the domestic market.

Approved grinders have the right to use the Seal of Approval and obtain recognition for their product. A similar approval program for coffee makers has existed since 1975 and has been highly successful. More and more producers wish to offer models that satisfy the requirements of ECBC, and the range of approved brewers has never been higher.

“There is no doubt that this has improved the overall coffee experience for the customers, and we hope to achieve the same effect with the approval program for grinders,” says Marit Lynes, General Manager of The Norwegian Coffee Association.

“The seal of approval should provide the consumer with a sense of security regarding grind quality,” emphasizes Stig Hiller, Technical Manager at the ECBC.
The ECBC cooperates with the Specialty Coffee Organization (SCA) on common standards for coffee makers. Currently the ECBC is the only test center running an approval program for home grinders.

This is being tested:

The ECBC is testing the grinders’ ability to give correct results for filter brewing methods, both automatic and manual. This is also the most common brewing method both in North America and Europe.
The first grinders to be approved are Wilfa Uniform and Fellow Ode.

Manufacturers of home grinders are invited to contact the ECBC for further information about the approval program.

About The Norwegian Coffee Association

The Norwegian Coffee Association was established in 1962 and is an information centre for coffee and coffee brewing equipment. Our mission has always been to inform, train and educate professionals and consumers to brew their coffee the best way. They promote good coffee culture by maintaining high quality in every step of the process, from the green beans to the finished brew at home, at work, in cafés, restaurants and coffee bars.

The Norwegian Coffee Association is an organization open for everyone in the coffee business. They serve as the industry’s neutral technical authority. Our objective is to help you make the best coffee possible.

The European Coffee Brewing Centre (ECBC) was established in 1971 by the Norwegian Coffee Association. Our mission has always been to improve the technical qualities of the brewers. ECBC has since 1975 been testing and certifying coffee-brewing equipment for the seal of approval. The centre was supported financially by the International Coffee Organization (ICO) for many years and is now one of the few independent coffee-brewing test centres in the world.

Many of the large international manufacturers of coffee-brewing equipment send their brewers to ECBC to test for approval.