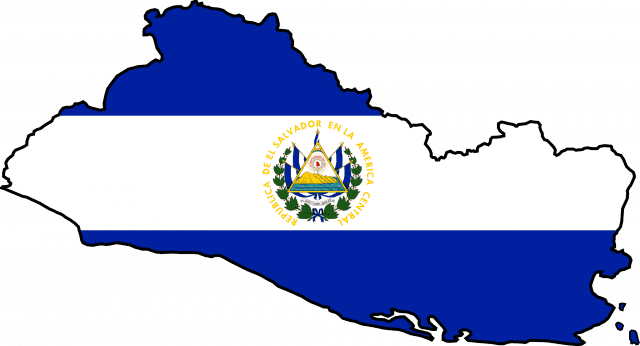 Bringing together over 600 Salvadoran and international participants to learn first-hand about best practices coming out of the organic and sustainable coffee industry, El Salvador hosted its first ever International Sustainable Coffee Conference in late October this year.

The event featured a top-tier line-up of international sustainable coffee experts, including keynote speaker Tom Harding, a renowned organic agriculture professional with over 40 years of experience in 120 countries.

U.S. Ambassador Jean Elizabeth Manes also gave opening remarks and expressed the American people’s commitment to supporting both the Salvadoran coffee industry and best practices in agriculture, highlighting the key role that crops such as coffee play in the national economy.

‘It’s important for us to join forces and work toward a sustainable transformation for the coffee sector. That’s why these types of conferences are so important,’ Ambassador Manes said.

The conference also provided the platform to accomplish one of the key goals of the Coffee Rehabilitation project-increasing market access for coffee producers.

As a result of the ongoing support provided by NCBA CLUSA and Catholic Relief Service’s Blue Harvest program, new export contracts were signed between one of the program’s leading cooperatives, San Carlos Dos, and Falcon Coffee, a U.K.-based buyer focused on sustainable sourcing practices.

Other notable guest speakers included André de Freitas, Executive Director of the Sustainable Agriculture Network, and Sara Becerra, from the Latin American and Caribbean Network of Fair Trade Small Producers and Workers (CLAC). Both spoke to the importance of certifications like Rain Forest Alliance and Fairtrade.

Speakers also included producers themselves, giving case studies of success such as Margarita Herrera, who presented on her experience as a successful Salvadoran coffee producer and owner of the organic line, Coffee Forest Gourmet. CAPUCAS cooperative’s Rodrigo Retes also presented a case study on the cooperative’s sustainable harvest diversification program.

Research and government partnership were also key themes including discussions with Mark Smith, Project Director of the Central American Global Development Alliance, who presented on the work being carried out at World Coffee Research; and Hugo Hernández, Executive Director of the Salvadoran Coffee Council, who presented on the council’s initiative to increase the national consumption of Salvadoran coffee.

The council was developed in partnership with the El Salvadoran government, and continues to support coffee exports.

El Salvador’s Minister of Agriculture and Livestock Orestes Ortez took a moment to publicly thank NCBA CLUSA and its regional director, Stanley Kuehn, for their ongoing commitment to rebuilding the Salvadoran coffee industry and emphasized coffee’s role in Salvadoran culture.

‘The coffee industry represents a key element of El Salvador’s national heritage for all Salvadorans. Therefore, it’s all of our responsibility to work toward developing it, strengthening it and ensuring its success,’ Ortez said. The partnership with the El Salvador Government has been critical for the rehabilitation of the coffee industry.

Attendees networked with event exhibitors including key institutions and project partners such as the Ministry of Agriculture and Livestock, El Salvador’s Coffee Cupping Association (ASCAFE) and the Women’s Coffee Alliance of El Salvador (AMCES), among others.

Since the launch of the El Salvador Coffee Rehabilitation and Agricultural Diversification Project in 2014, NCBA CLUSA has worked in accord with El Salvador’s environmental policy and advocated for sustainable agriculture practices, such as soil conservation techniques and worker health practices, in an effort to revitalize the coffee industry that has been devastated by coffee leaf rust, climate change-related impacts and market volatility.