MELBOURNE, Australia – The El Niño – Southern Oscillation (ENSO) continues at neutral levels, says the Bureau of Meteorology of the Australian Government. Climate model outlooks currently indicate this neutral phase will last at least until October. Oceanic indicators of ENSO persist at neutral levels, with Pacific sea surface temperatures close to the long-term average across most of the equatorial region.

Beneath the surface, temperatures are near-average, with slightly warmer than average waters across much of the sub-surface. Atmospheric indicators such as the Southern Oscillation Index (SOI) and cloud patterns are also close to average. Trade winds have been stronger than average in the far west, but near average elsewhere.

The Madden–Julian Oscillation (MJO) is over the Indian Ocean region. It is forecast to move eastwards across Australian longitudes over the coming fortnight. When the MJO is active over the eastern Indian Ocean and Australian longitudes at this time of year, above average rainfall is more likely over the Maritime Continent to Australia’s north. Additionally, it typically acts to strengthen easterly winds on Queensland’s tropical east coast and increase temperatures across tropical Australia.

The Indian Ocean Dipole (IOD) is currently neutral. Climate model outlooks suggest the IOD is most likely to remain neutral during the first half of winter. Three of the five models indicate negative IOD thresholds may be reached during winter or spring. The accuracy of IOD forecasts made during autumn is generally lower than at other times of the year, but improves in winter. A negative IOD increases the chances of above average winter-spring rainfall for much of southern Australia.

Climate change continues to influence Australian and global climate. Australia’s climate has warmed by 1.44 ± 0.24 °C over 1910–2019, while southern Australia has seen a reduction of 10–20% in cool season (April–October) rainfall in recent decades. 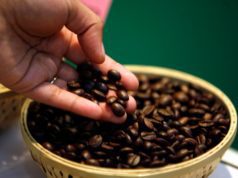 Enso to likely to remain neutral until the austral spring, reports Bom