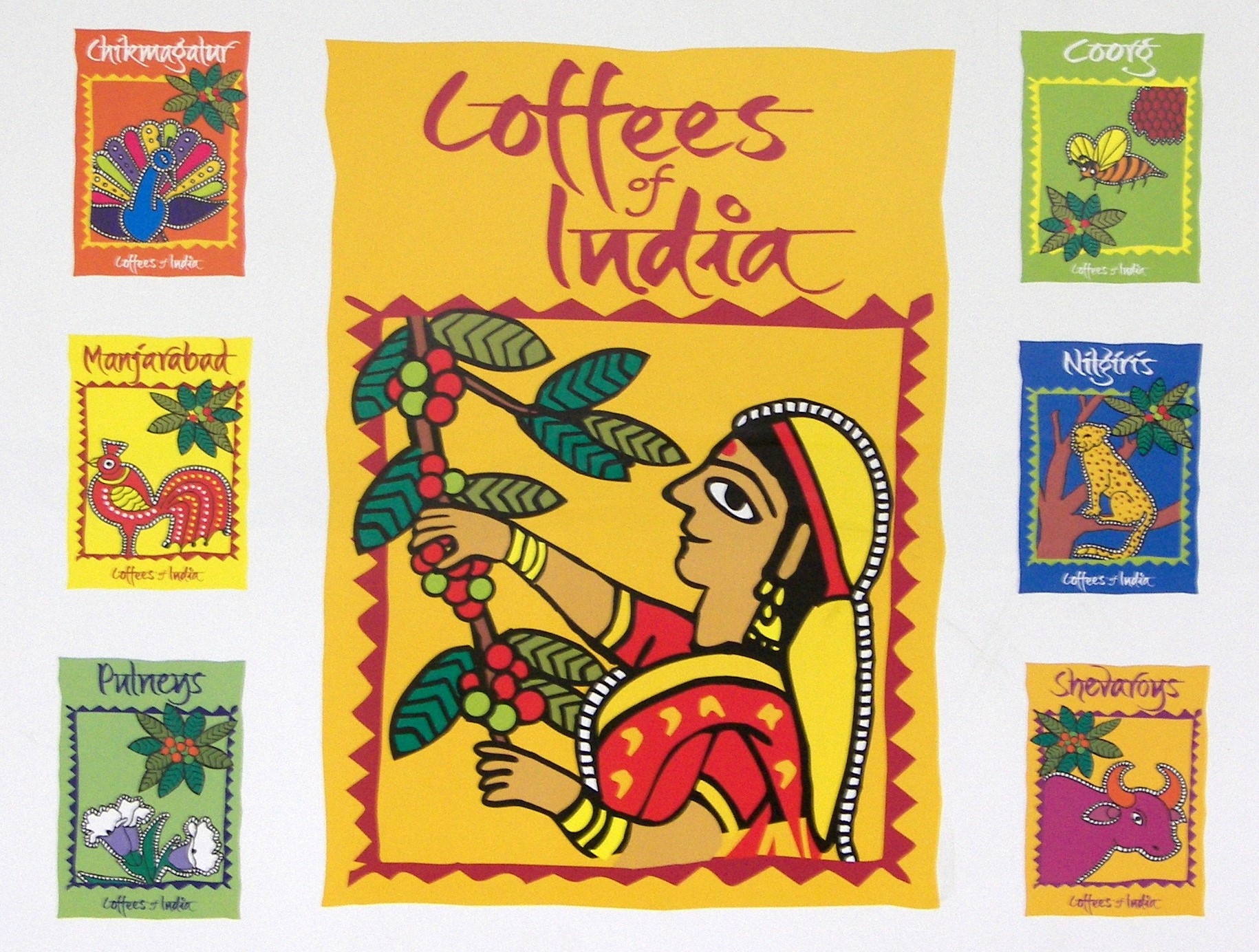 The reduction in post-blossom estimate of 2016-17 could be mainly attributed to the delayed blossom and backing showers coupled with high temperatures especially in major coffee growing areas of Karnataka and to some extent in Kerala.

In most of the coffee areas of Karnataka, the estates with irrigation facilities have irrigated their Robusta blocks for one round of blossom during Feb-March and with one round of backing irrigation. But due to absence of subsequent natural showers, even the irrigated estates have suffered some setback due to prevailing high temperatures.

The first spell of summer (blossom) showers were received only during the month of April and these showers were scanty and isolated in nature.

These April showers did not cause any blossom in Arabica estates but resulted in scattered, uneven blossom in un-irrigated Robusta fields, which constitute about 40% of the Robusta area in Karnataka.

The hot and humid weather coupled with insufficient showers resulted in pinking and scorching of buds in Robusta.

The growers were unable to take up supplementary irrigations to top up the scanty showers due to drying up of most of water resources.

However, during the first fortnight of May 2016 most of the coffee areas have received wide spread rains which served as blossom showers for Arabica coffee and backing showers for Robusta estates.

Further, the showers received during second fortnight of May 2016 served as backing for Arabica and helped in good crop setting. 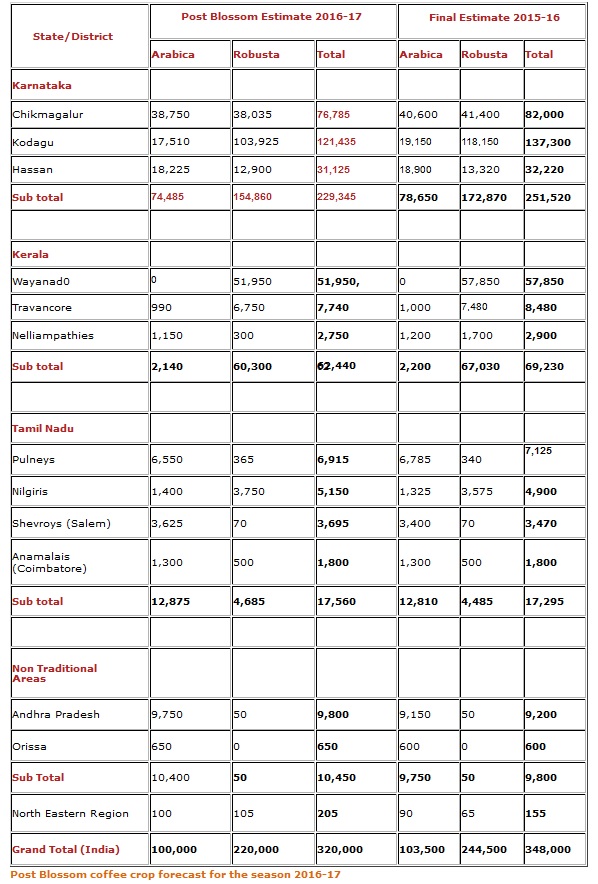 Apart from adverse weather conditions, the 2016-17 is an off-year for coffee crop in the country as the previous year (2015-16) happened to be a bumper year with an all-time record highest crop.

In Non-Traditional areas of Andhra Pradesh and Orissa as well as in North Eastern Region, the post-blossom forecast is placed at 10,655 MT as against previous final estimate of 9,955 MT.