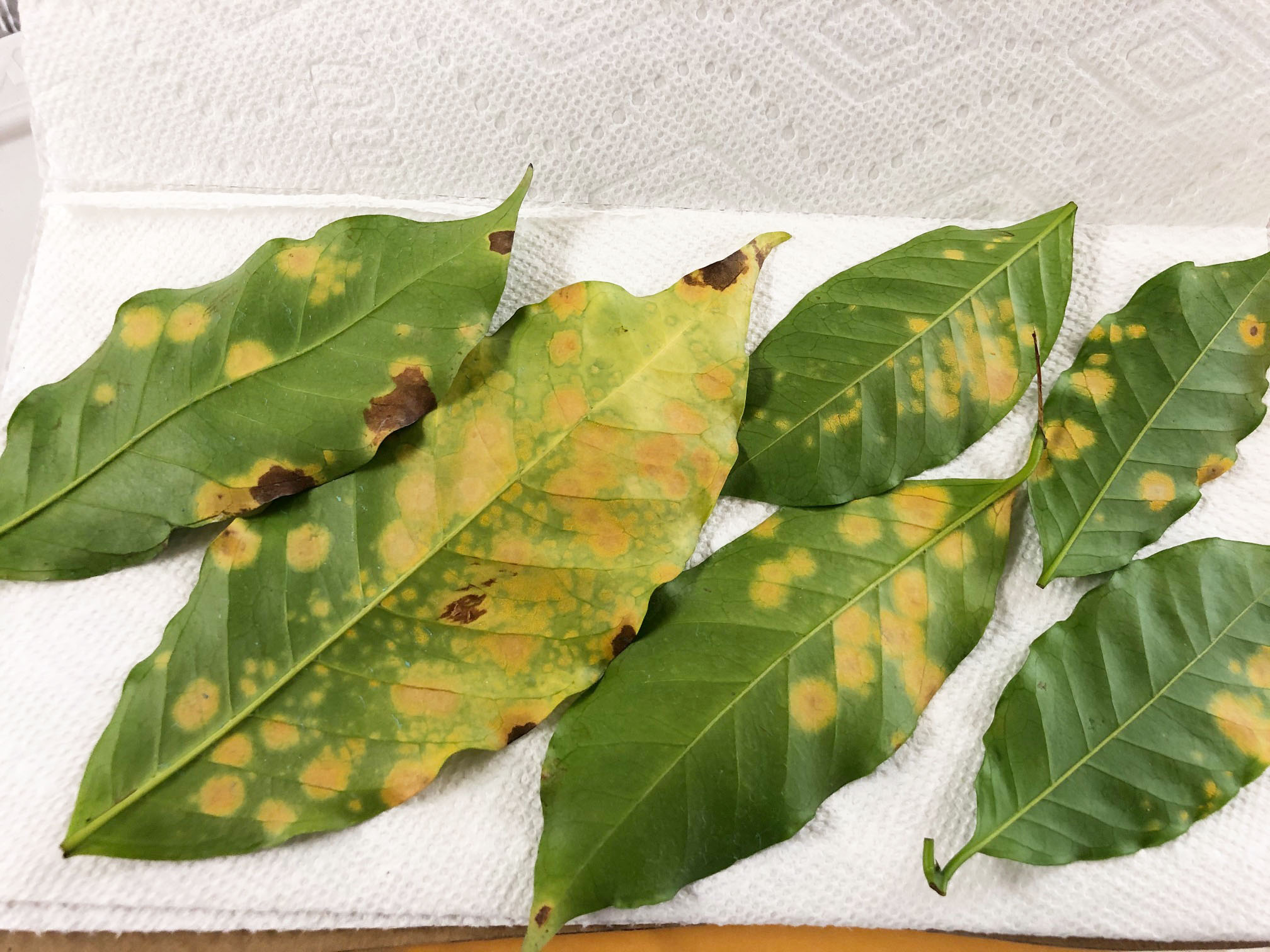 WEST LAFAYETTE, Ind., US — Starting in the 2011-12 growing season, a powdery orange fungus called coffee leaf rust spread like wildfire throughout Latin America and Central America, damaging crops on 70% of farms and causing more than $3.2 billion in damage. The epidemic stemmed in part from the 2008 global financial crisis that stunted coffee demand and prices. More than a decade later, the COVID-19 pandemic has sent shockwaves through global economies, and a Purdue University scientist is warning about the potential for another round of trouble in the coffee industry.

“Management boards in these coffee-producing countries would send agents out to farmers to make sure they had proper equipment, access to fungicides, sprayers and access to information about how to prune, fertilize and sanitize their crops. After 2008, many of those boards were eradicated or defunded, and farmers stopped getting updated information and access to equipment and fungicides,” said Catherine Aime, a Purdue professor of mycology in the College of Agriculture.

“Now, we’re in a worse position. The COVID pandemic is taking away what few resources there were. That is leaving coffee crops around the world, and especially in the Americas, vulnerable.”

Aime and colleagues from Rutgers University, the University of Arizona, University of Hawaii at Hilo, Santa Clara University, University of Exeter, and CIRAD, France, detailed their concerns in Proceedings of the National Academy of Sciences on Monday (June 28). There, they detailed the factors involved in the last major coffee leaf rust outbreak and the steps that could contain future outbreaks.

“Resource-constrained coffee farmers subject to these conditions often experience a self-reinforcing feedback loop in which falling profits lead to reduced plant care. This sets the conditions for CLR to proliferate, resulting in further loss, and reduced profitability,” the authors wrote.

In turn, that has allowed the rust — that causes tree defoliation and significant decreases in yield — to spread rapidly. The pathogen reached Hawaii for the first time in the fall of 2020, the last place that had been untouched by the fungus.

COVID has not only diverted resources away from coffee management, it also closed borders — limiting or eliminating movement of migrant workers essential for coffee harvests in Latin America and Central America.

Without crops being harvested, profits fall further and the feedback loop intensifies.

Without efforts to eradicate coffee leaf rust, global coffee supplies could dwindle and make it more difficult for coffee lovers to get their morning fixes.

The researchers suggest a number of measures that could help with rust issues: sourcing coffee from more areas, including those not as severely impacted by the fungus; diversifying farms and livelihoods of coffee farmers; increasing prices paid to farmers and fostering more sustainable management practices; increasing coffee consumption and demand to raise prices paid to farmers; and developing cooperatives and partnerships to pool resources, knowledge and funding for coffee farmers.

Much of the current research aimed at combating coffee leaf rust consists of developing resistant cultivars. That technique tends to have the most success in robusta beans, which are considered of lesser quality than arabica. The resistant cultivars also tend to lose that resistance over time as the fungus evolves.

Aime has received funding from the Foundation for Food & Agriculture Research to start preliminary work on sequencing the coffee leaf rust genome and genotype rust races. She’s seeking more funding to complete that work so that coffee cultivars could be better engineered to resist rust or to understand the rust’s weaknesses so that more effective fungicides can be developed.

“New cultivars is where the focus is right now because that’s a quicker fix, but it won’t be the long-term answer,” Aime said. “We need to get as much information about this pathogen as possible to solve this problem permanently.”

Mauro Bazzara: “The main target for us is to guarantee a better future for our planet”

The Human Bean is harvesting goodness with fall drinks, Give Back Day