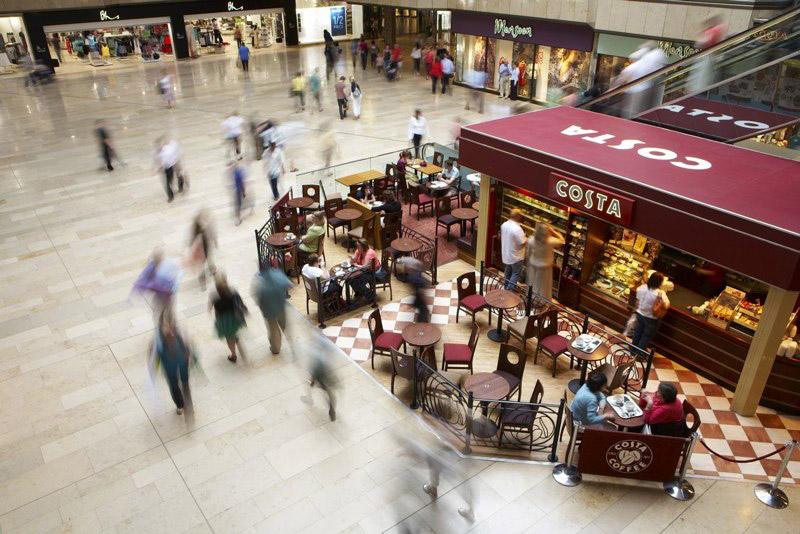 From frothy lattes to intense espressos, coffee sales are worth almost $9.92 billion to the U.K. economy, with the market growing at 10 percent last year.

For Costa, the U.K.’s fastest growing coffee chain, the British public’s increasing taste for coffee is great for business. But it does present a weighty problem — what to do with all those waste grounds?

For some years the coffee giant has been running a grounds collection programs at its cafes, where local residents can pick up as much waste coffee as they like for free, for use in their gardens and on the compost heap.

But as Costa’s energy and environment manager Oliver Rosevear admitted, the “Grounds for Grounds” program barely made a dent in the levels of leftovers the coffee giant had on its hands.

“We were never going to get all of our grounds used up in Grounds for Grounds,” he told BusinessGreen. “And therefore, we had to find a solution that was able to tackle the majority of the waste that is coming out of our stores.”

With a target to recycle 80 percent of its waste by 2020, the pressure was on for Costa to find a large-scale solution to the problem of coffee waste.

So striking a deal with bio-bean, which takes waste coffee grounds and turns it into low-carbon fuel for home wood burners and industrial biomass boilers, seemed like a no-brainer.

But more unusually for those familiar with the travails of environmental management, it also turned out to be relatively simple to put in place.

Costa already was collecting its coffee grounds and sending it, along with food waste, to anaerobic digestion plants across the country — meaning the collection system was more or less already up and running.

“The great thing for us is that it was actually quite easy to do that, because we were already consolidating our coffee grounds,” said Rosevear.

“So it actually made it very easy for us to do this changeover, because we already had an established system; our teams were already engaged on separating the waste in store.”

Once Costa’s supply chain partner Kuehne + Nagel was briefed on the importance of keeping the food waste and coffee grounds separate at the depot, all that remained was to get buy-in from Costa’s in-store employees to ensure the coffee waste remained separate.

“The challenge we have is that we have got all of our store teams who have got to get it right in terms of making sure they separate the waste and making sure they are not putting in a random sandwich into the [coffee] mix,” Rosevear explained.

But here again, the solution proved relatively simple. Studies consistently have shown millennials (ages 18-34) want to work for organizations that have a positive impact on the world.

Given that many of Costa’s staff are young adults, the bio-bean story chimed perfectly with them, Rosevear said.

“We’ve got quite a young team base and it’s the kind of thing they really get behind,” he said.

“They want us to be doing the right thing so this, along with some of the other stuff we are doing from an environmental perspective, really resonates with them. From an HR perspective, there’s real buy-in from our teams.”

But while enthusiasm from Costa employees is vital to making the scheme a success on the ground, the real key to the partnership is that it is a cost-saving measure for the Costa business — sending its waste coffee grounds to bio-bean is cheaper than sending it to an anaerobic digestion plant or incinerator.

Arthur Kay, founder and chief executive of bio-bean, tells BusinessGreen that his business is founded on the principle of making sustainability the “no-brainer” choice for both suppliers and customers.

“We’ve taken a lot of lessons from both the biofuels industry in the States, and also from what’s happened recently in wind and solar in the U.K. Building businesses around government subsidies and structures is not something I think anyone would recommend, but it’s something that we have intentionally done without.”

With Costa on board and looking to expand the partnership to all its partners and franchisees, bio-bean’s business has been given a major caffeine boost to propel it into the New Year.

And for Costa, a trailblazing attitude is delivering results — buffing its sustainability reputation, engaging young staff and saving money on waste disposal.

It’s an example of a circular economy success story, and while not every company produces thousands of tonnes of waste coffee, there remains plenty of scope for sustainability executives to apply Costa’s mindset to their own operations.

Some people believe you can see the future in waste tea leaves. But for Costa, it seems the future path to a more sustainable business model lies at the bottom of a coffee cup.