MILAN – In its fourth report for this year, the Brazilian government’s food supply and statistics gency (Conab), revised upward its estimate for the 2021/22 coffee crop to 47.716 million bags, almost 840,000 bags more compared to its previous estimate released in September.

The usual drop in production due to an off-year in the biennial production cycle was exacerbated by the drought that hindered the crop development for most part of the season.

Severe winter frosts didn’t impact this year’s production, but are expected to take a heavy toll on next year’s.

Overall productivity fell to 26.4 bags per hectare, or a 21.1% decrease over year. 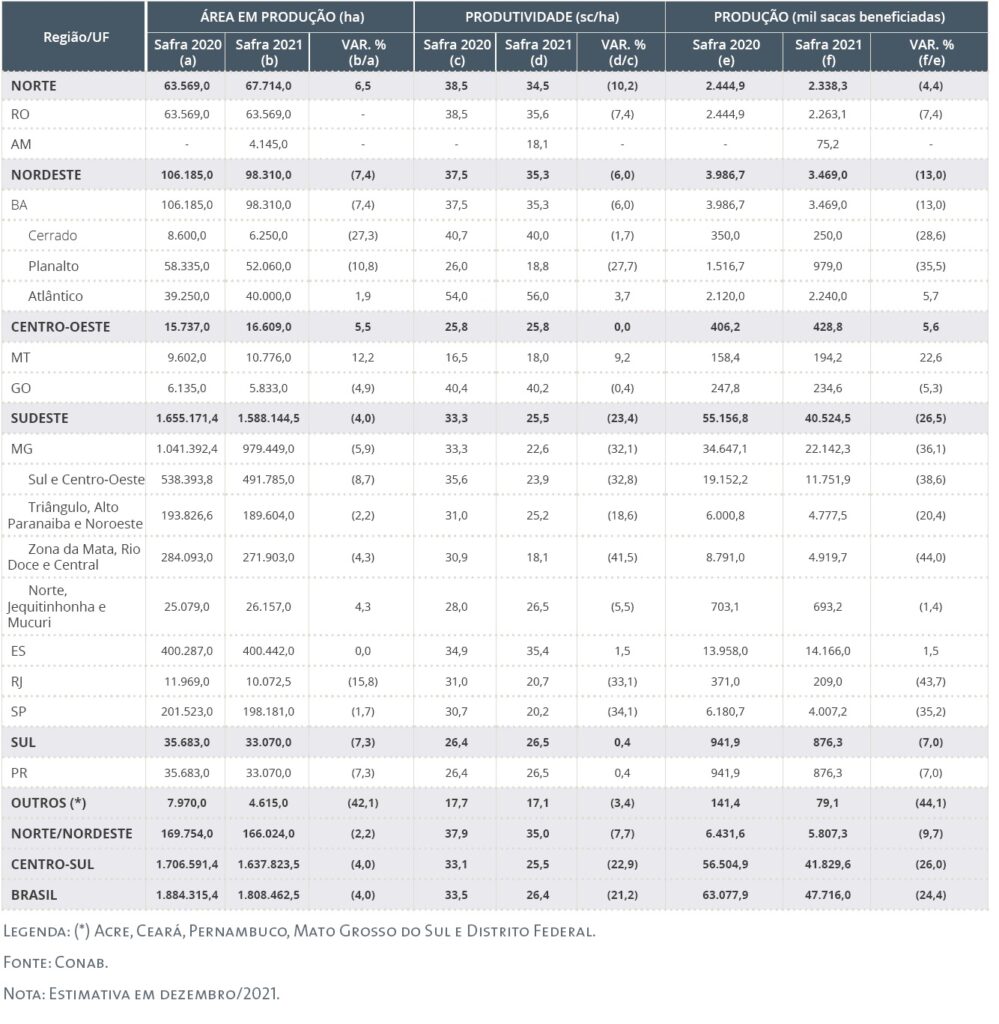 According to Conab, Minas Gerais, Brazil’s largest producer of the crop, saw a 36.1% decline in production to 22.142 million bags. The biggest output drop was recorded in the regions of Zona da Mata, Rio Doce e Central (-44%) and Sul e Centro-Oeste (-38.6%).