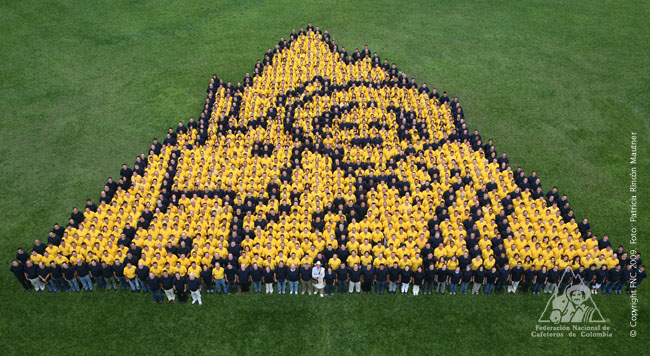 Its integral approach and more than 500,000 extensionists assisting over half a million Colombian coffee growers impressed the international experts beyond expectation.

The MEAS is a global project financed by the United States Agency for International Development (USAID) that seeks to modernize, evaluate and advise extension services throughout the world.

As part of an investigation among 17 Latin American, Asian and African countries, the MEAS visited 6 Colombian departments and 12 municipalities to analyze the FNC’s ES.

According to the MEAS, the ES’s integral approach distinguishes it from other extension services in the world. While other models focus exclusively in technical assistance and production, the FNC supports coffee growing families and communitarian and associative development.

After praising the FNC’s role in constructing and strengthening the social fabric of coffee growing communities that for decades have been struck by Colombia’s difficult challenges, Mr. Mueller stated: “The work here is impressive. Besides providing one extensionist for every five hundred coffee producers, the FNC’s ES goes beyond technical assistance and offers an integral model to its beneficiaries.”

MEAS members explained that there are three basic extension types: an extension based on a direct relationship between the extensionist and the producer, an extension that trains community leaders by using demonstration plots, and a third that involves third parties such as multinationals.

The fact that the FNC’s ES uses all three types makes it a flexible, adaptable, and unique model. According to Mr. Gómez, “In the department of Cauca there are very similar approaches to those in Kenya. Similarly, when dealing with specialty coffees the FNC has established alliances with private companies, just as in Peru.”

The commitment and leadership of the FNC regarding healthy coffee plantations was another feature Mr. Gomez highlighted as one of the ES’s strengths. According to the MEAS’s expert, the FNC’s smart renovation initiatives are a world benchmark that will bear positive fruits in the upcoming three years.

“The FNC has an approach that focuses on protecting productivity, maintaining healthy coffee plantations, controlling diseases, and having smart renovation planning.”

The FNC’s ES’s horizontal and decentralized organization and structure also caught the attention of the project. “The FNC’s model is more decentralized than we imagined,” stated Mr. Gómez. The fact the ES is not a vertical nor pyramidal institution foments the proximity between extensionists and coffee producers.

Similarly, Mr. Mueller pointed out that the outstanding receptivity of Colombian coffee growers to education, training, and knowledge transfer is the result of the permanent effort of extensionists to understand their needs, adapt to their culture, and speak in a clear and straightforward way.

As an example, he argues that the environmental awareness that characterizes Colombian coffee producers is a result of their trust in the ES and the scientific knowledge that lies behind it.

“Coffee growers consider the ES a very practical model. They even state thatif the FNC´s ES was to disappear, they would no longer be able to exist as producers.”