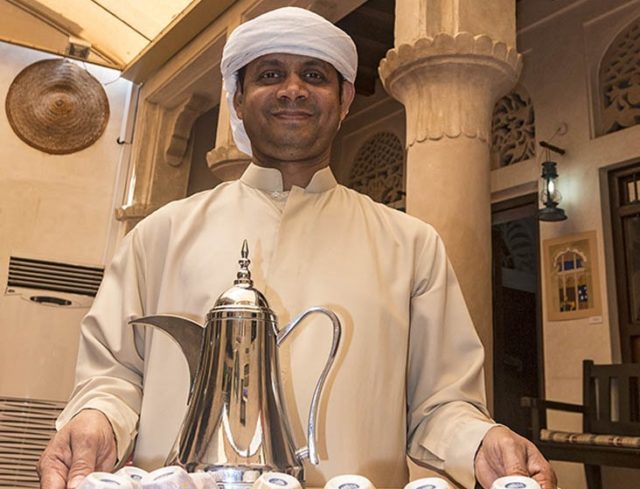 UAE coffee sales could rise by almost a third over the next four years. The growth outlook by Zagat, which publishes consumer-generated survey information, was revealed as Dubai prepares to host the Speciality Food Festival 2016, which runs from November 7-9 at the Dubai World Trade Centre (DWTC).

According to the survey, coffee consumption in the country will rise to a value of $112 million in 2017.

“The prediction is based on the fact that Dubai is emerging as a key supply cog in the global coffee supply chain,” explained Andrew Pert, show director, Exhibitions & Events Management, DWTC.

“While domestic demand remains buoyant, the country has established itself as a key re-export base for coffee beans and refined finished product.”

According to EuroMonitor International, the UAE is now home to over 4,000 tea and coffee houses with one in every five adult residents drinking coffee daily.

Meanwhile, the Middle East and North Africa’s most talented baristas are readying for a battle of the brewers at the festival.

Instead of creating their own bespoke cappuccinos or macchiatos, the region’s top traditional coffeemakers will prepare Cezve or Ibrik, commonly referred to as ‘Turkish coffee,’ in the Mena Cezve/Ibrik Championship, which is organised by the Speciality Coffee Association of Europe (SCAE).

More than 10 of the region’s leading baristas will utilise the centuries-old art of brewing coffee in a small, long-handled pot to create the best serving of Ibrik, the preferred coffee-making method in many parts of the world including Eastern Europe, the Middle East and North Africa.

An independent panel of judges led by Konstantinos Komninakis, the 9th Cezve Ibrik World champion, will assess competing baristas’ brews based on criteria including taste, beverage presentation and technique.

The winner of the Mena Cezve/Ibrik Championship will bag a place at the World Championship 2017 in Budapest, Hungary.

“Having debuted last year, the Mena Cezve/Ibrik Championship has emerged into a highly sought-after accolade for regional baristas.

It’s very apt the competition has taken on such significance as the traditional Ibrik method of coffee preparation actually started in this region back in the 14th century,” explained David Veal, SCAE’s executive director.

The Speciality Food Festival has attracted a host of international coffee, gourmet and organic food suppliers that view the Mena region as key growth territory over the next few years.

Annual increases of 2.5 per cent in the GCC region’s per capita income through to 2019 are expected to fuel regional demand for discretionary and high-priced food products such as organic food, cut-vegetables, ready-to-cook meals, marinated meat and flavoured milk, as well as gourmet coffee products.

According to an Alpen Capital GCC Food Industry report, the regional organic food market alone is estimated to reach $1.5 billion by 2018.

The Speciality Food Festival – the only event in the Middle East dedicated to gourmet professionals and global suppliers – has attracted more than 200 exhibitors from over 50 countries, said a statement.

“This year’s event will feature a raft of new national pavilions and a broad-range of international and local companies, including a significant stable of Europe’s finest food companies from France, the UK, Spain, Portugal and Italy,” added Pert.

The Speciality Food Festival 2016 is one of three B2B food shows running at DWTC next month alongside Yummex Middle East and Seafex.

The three niche food shows are for trade and business professionals only. General public and persons under the age of 21 will not be permitted entry. Registration is available at the show upon proof of trade status, said the statement.