Despite increased popularity, most pods can’t be recycled 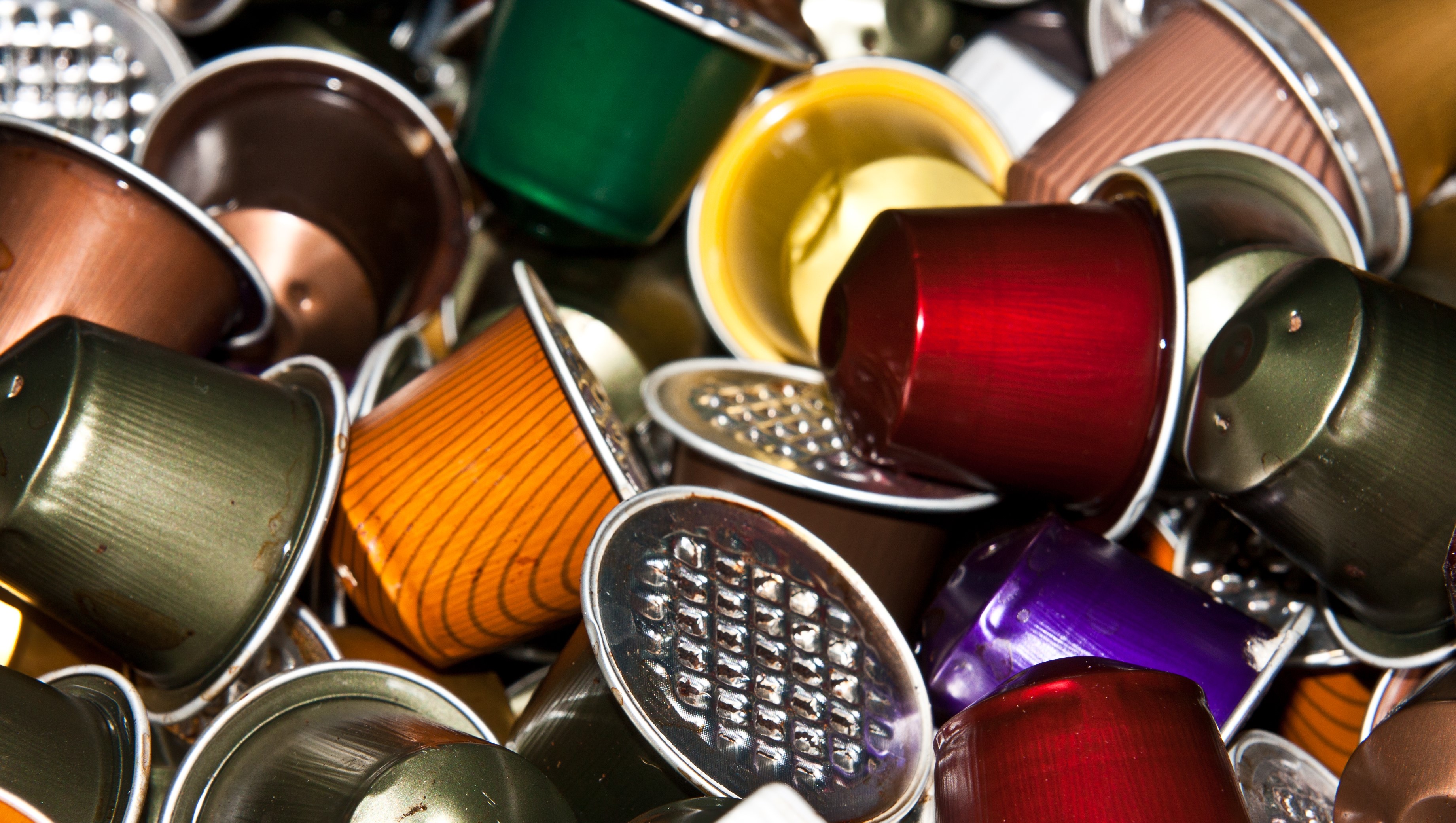 10.5 — Number of times the coffee pods produced in 2013 could circle the earth

59 — Percent of Americans who drink a daily cup of coffee

1.85 — Average number of cups of coffee Americans drinnk each day

“We use coffee pods at home,” said DeValk, who lives in Highlands Ranch. “We resisted for a long time because of the environmental impact, but after using them for a week while on vacation, we were hooked. They are convenient, easy to use and you can have different varieties of drinks.”

DeValk isn’t the only one caught up in the coffee pod fad:More than a quarter of American households — up from 15 percent in 2014 — now have a single-serve coffee brewer, according to a 2015 survey by the National Coffee Association.

Many coffee drinkers want to enjoy their favorite beverage quickly and in an environmentally responsible way. But coffee pod users generally meet only half that goal: Most coffee pods are not recyclable because of the combination of plastics, aluminum and coffee grounds that cannot be separated.

As more people become aware of the environmental impact, an outcry against their use is growing, along with a push to make them more easily recyclable.

In February, the German city of Hamburg banned the use of pods in government buildings because of their environmental impact.

“The capsules can’t be recycled easily because they are often made of a mixture of plastic and aluminum,” Jan Dube from the Hamburg Department of the Environment and Energy told the BBC in February, following the decision to ban pods. “It’s six grams of coffee in three grams of packaging. We in Hamburg thought that these shouldn’t be bought with taxpayers’ money.”

Waste produced by pods has prompted the #killthekcup campaign on social media to end the use of nonrecyclable pods.

“We started with just the traditional ground and whole bean bags when we launched the company in 2009,” Tran said. “But when single-serve usage started to pick up, we launched our capsules around 2013. And now, they’re our top sellers.”

Keurig first launched in 1998. According to research from international marketing firm Mintel, U.S. consumers bought $3.1 billion worth of coffee pods in 2013 — up from $132 million in 2008.

“Green Mountain has had the corner on that for the longest time — partially through patents and stuff like that,” Denver-based Coda Coffee founder Tommy Thwaites said. “When that patent ran out, all of these other companies kind of came up with their own way to do it. So it opened the floodgates up to competition and really lowered the barriers to entry in that market.”

Green Mountain’s patent for the K-Cup expired in September 2012.

Now, smaller companies such as Coda can tailor their pods to meet customer needs, such as making a recyclable pod.

“The amount of garbage produced by those single-use pods is astronomical,” Thwaites said. “We didn’t even really want to get into the market until there was at minimum a recyclable option, and now we are looking at fully compostable options.”

Mary Martin of Parker said she stopped using single-cup pods because of the environmental impact.

“I’m a big coffee snob and used to use coffee pods until I learned how bad they are for the environment,” Martin said. “I went back to grinding my own beans and taking that little bit of extra time to brew a fresh pot of coffee in the morning, or whenever I or my husband needs it. The aroma of freshly ground coffee beans, and knowing that we weren’t adding to landfills, quickly weaned me off my need for the instant gratification of coffee pods.”

Denver-based Boyer’s Coffee said demand from customers led it to develop a recyclable pod that would satisfy the market demand but not join in the growing amount of landfill waste.

“The cost of producing our single-serve recyclable cups and biodegradable filter isn’t cheap,” said Julie Byerlein, marketing director for Boyer’s Coffee. “But it’s about providing a solution to our customers that demand a recyclable alternative without cutting into the convenience and customizability of the single-serve.”

“We were one of the first premium brands to launch EcoCup in the retail market,” Tran said. “Most other cups are made of No. 7 plastic, which is not recyclable in most municipalities, so people throw the whole cup away, and that’s a ton of waste.”

The EcoCup is made of an alternative plastic that is recyclable. After brewing the coffee, you recycle the cup, and you can compost the coffee and woven filter. The only waste is the tiny foil lid.

In addition to the reduction of waste, 1 cent of each EcoCup goes to fund Marley’s sustainability initiative, the Water Wise Coffee Project, which helpscoffee producers in Ethiopia tackle the waste generated by wet mills and clean up local rivers.

Keurig says it hopes all of its pods will be recyclable by 2020.

By then, some consumers may have already moved on.

“It does concern me a little that they are not able to be recycled. It seems like a lot more trouble or waste than other means of brewing coffee even though they are meant for convenience,” said Melissa Casaretto of Parker. “I do see the appeal, but for me, I would prefer to use a French press or Vietnamese coffee filter set if I just wanted to brew coffee in small quantities or individually.”