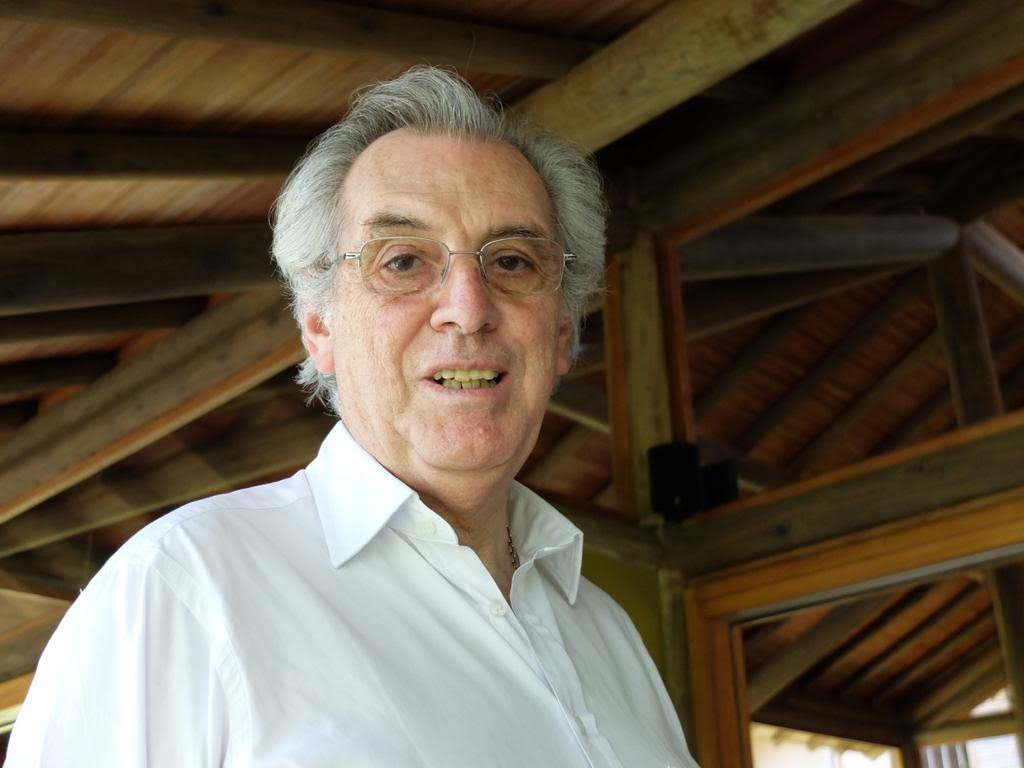 BOGOTA, Colombia and TEL AVIV, Israel – Demetria, the first AI-powered taste and quality intelligence SaaS startup for the coffee supply chain, announced yesterday that Oswaldo Aranha Neto is joining the company as International Business Development & Commercial Advisor, bringing over 50 years of expertise in international coffee trading and having played a highly influential role in the commodity’s export, both for Brazil and globally.

Aranha Neto gained several years of experience trading coffee in New York and Brazil for agricultural commodities merchant ED&F Man and the former U.K-based commodity house Gill & Duffus plc, at officer and director levels. The former President of the Brazilian Coffee Exporters Federation (FEBEC), he then became executive director of Cecafe, the Brazilian Coffee Exporters Council. A onetime member of the private sector committee of the International Coffee Organization (ICO) in London, Aranha Neto’s most recent role was CEO of the Pacorini Group (Brazil, Vietnam, Belgium and Italy), the world’s most prominent business in the freight forwarding, handling, processing and storage of coffee, cocoa and metals.

“The logistics and processing of green coffee beans hasn’t developed at anywhere near the same speed as other areas of the industry such as roasting technologies,” says Aranha Neto. “Demetria’s technology that can accurately determine coffee cup quality is totally revolutionary and will prove critical in delivering stability, transparency and sustainability throughout the commodity’s value chain.”

Adds Demetria’s co-founder and CEO Felipe Ayerbe, “Oswaldo’s wealth of experience encompasses every industry perspective, spanning producing, trading and exporting. His championing of our platform is one of the ultimate endorsements and we’re really excited to propel our proposition across the industry with his support.”

With the world’s first data cloud to identify and track coffee quality, Demetria empowers producers and roasters with first-of-its-kind insights that positively impact the livelihoods of coffee farmers.

The company has pioneered the digitization of coffee aroma and taste, the most important quality variables of the coffee bean. For the first time, quality and taste can now be assessed at any stage of the coffee production and distribution process, from farm to table. Utilizing state-of-the-art, portable near infra-red (NIR) sensors to analyze and fingerprint green coffee beans for biochemical markers, Demetria has created an AI-based data intelligence platform that accurately matches each bean profile according to the industry standard coffee flavor wheel. The company is launching a suite of SaaS-based solutions to replace age-old, manual production processes used to ascertain bean quality alongside cupping, delivering taste assessment and profiling as well as swift, accurate quality measurement and traceability throughout the supply chain.

Following the successful completion of a project with Carcafe, the Colombian coffee division of Volcafe/ED&F Man, Demetria has entered into a commercial agreement with the commodity trader to create a matchmaking solution that determines which green beans will suit a distinct high value ‘cupping’ profile. The company is also working with Federación Nacional de Cafeteros (FNC), the Colombian National Federation for Coffee Growers, to offer a series of apps that help farmers and their transaction points in the supply chain to control and track bean quality, and price it accordingly. Demetria recently emerged from stealth and announced a seed funding round led by LatAm-Israeli investor Celeritas and a group of private investors including Mercantil Colpatria, the investment branch of Grupo Colpatria, a leading player in the Colombian financial sector.