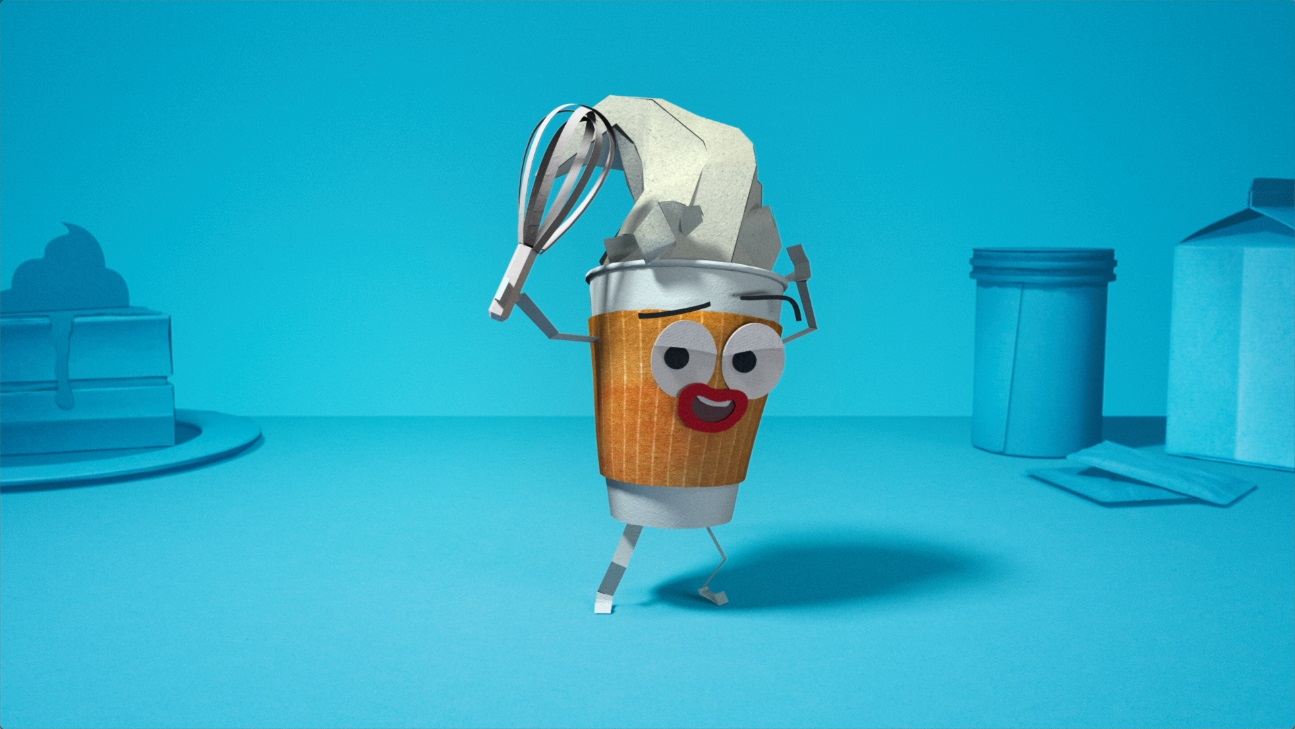 The rise of café culture in recent years has propelled the social status of coffee so much that it has become a lifestyle accessory associated with sophistication, style and even fashion. And it is even more prominent in Asia where social media is often flooded with endless selfies with their coffee cups and pouty lips.

Maxwell House is aiming to break with the perception that over-the-top fancy coffee is the only way to go. In collaboration with its creative partner W+K Shanghai, the brand made a bold move to show that “Good Coffee Can Actually Be Simple” with this very first major brand campaign in the Chinese market.

W+K Shanghai and London based production house Shotopop opted for a simple but fresh and unseen execution of the re-launch. With the help of animation and paper craft a “tangible” world was created.

The world of the two protagonist characters and “Anti-Heroes” Mr. Latte and Mrs. Cappuccino. Both characters embody the current state of café culture by pulling off over-the-top mannerisms and attitudes.

In this commercial Mr. Latte, a rather bold, pretentious and self-obsessed character with Elvis-like hair, takes the lead while combing his foam with a whisk. Maxwell House joins the stage as the fresh and honest voice by literally smashing the current coffee-microcosm with a cup of Maxwell House coffee.

With this rather bold but light-hearted move Maxwell House wants to underline that it is okay to have a good cup of instant coffee once in a while. By making use of paper craft and animation the Maxwell House message could be delivered in a humoristic, cheeky and fun way.

The second 15 second commercial starring character Mrs. Cappuccino will be launched in the coming weeks.