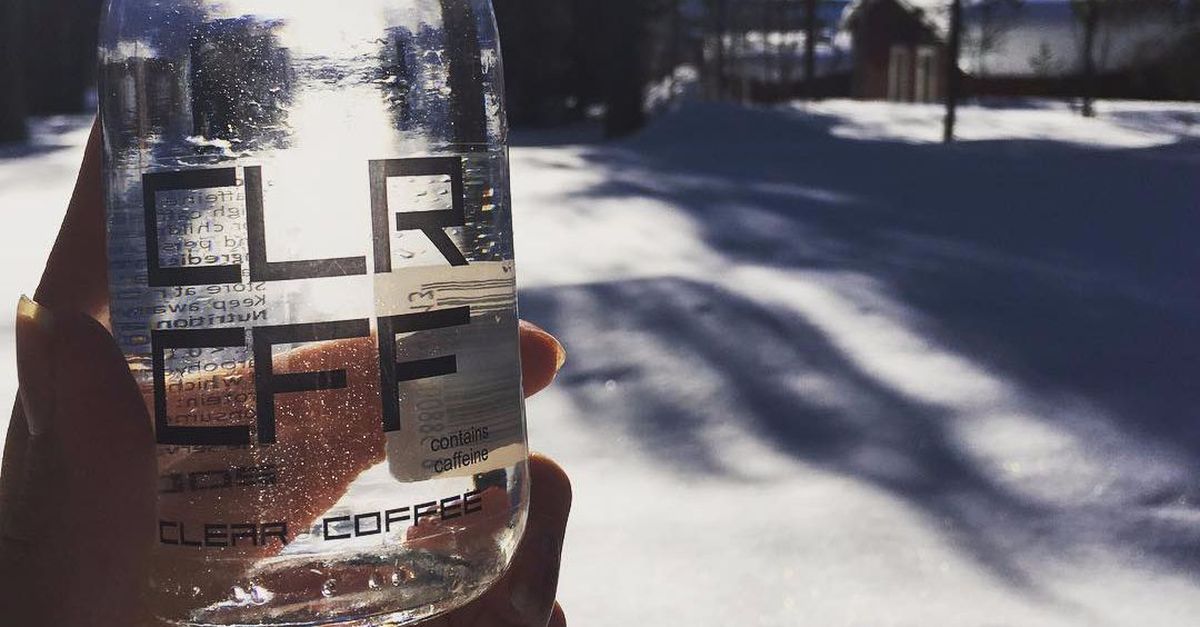 LONDON – There were hard lessons to be learned from the failures of Crystal Pepsi, Zima, and other casualties of the clear-beverage fad of the 1990s. But what if a see-through coffee was more than a novelty?

What if it provided an actual, tangible benefit? We’ll shortly find out.

Sold in 100 ml bottles, each contains 100 mg of caffeine and promises to offer the flavor of Arabica coffee beans without the potential for discoloration of tooth enamel.

How CLR CFF removes the pigment that causes yellow staining on teeth from the beans remains a mystery. The company claims a proprietary method that hasn’t been used before, and assured The Evening Standard that it’s an entirely physical, chemical-free process.

Employees at the news outlet Metro were able to test-taste samples of the beverage. One found it “very drinkable,” while another claimed it was reminiscent of “water, but with an aftertaste of coffee.”

Clear Coffee is currently available at Whole Foods and Selfridges & Co. in the UK. Curious U.S. consumers can purchase a two-pack online for $7.50, but prohibitive shipping costs (roughly $19) might have them holding off until it reaches local shelves.