SAO PAULO, Brazil – After selling a high volume of Arabica coffee from the 2020/21 season between late July and August 2020, when prices were attractive, coffee farmers left the Brazilian spot market, which has been keeping the trading pace slow since mid-September., says Cepea in its latest market analysis. Some agents had also sold high amounts between late 2019 and the beginning of the harvesting, for delivery between August and September 2020.

In general, these farmers are now focused on the weather, which, so far, has been hampering the development of the 2020/21 crop in many Brazilian regions. In the first week of November, Itaú Bank BBA reported that there may be a crop failure this season from 14 to 21%, due to unfavorable weather conditions.

According to Cepea collaborators, from 50 to 60% of the 2020/21 arabica crop had been marketed until the end of October. In the regions with a higher number of future contracts, such as southern Minas Gerais, Cerrado and the Mogiana, the amount already traded may be higher than 60%.

In this context, the CEPEA/ESALQ Index for arabica coffee (delivered to São Paulo city) averaged 542.00 BRL (98.55 USD) per 60-kilo bag in the first fortnight of November, 1% down compared to that in October and 22.61 Reais/bag (4%) lower than that in September. Pressure came primarily from international devaluations.

Liquidity was slightly higher in the market of robusta coffeein the first fortnight of November, primarily because of the strong dollar and the valuations for this variety in the international market in October.

However, agents reported that some sellers continued away from the market, constraining new deals. As in the market of arabica coffee, most farmers have made cash flow, since high volumes have been sold this season. Cepea surveys show that, in Espírito Santo, from 60 to 70% of the 2020/21 harvest had been marketed until late October, and in Rondônia, from 93 to 95%.

In Espírito Santo, agents reported that rains in the first half of November contributed to fruitlet settlement and the physiological condition of plants. In Rondônia, although rains have been more frequent, the 2021/22 crop was damaged by the dry weather and strong sunlight in previous months. According to agents, coffee trees are now debilitated, and the settlement of flower and fruitlets was hampered, which should negatively influence next season. 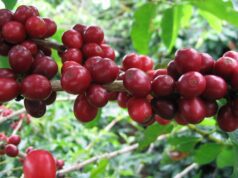 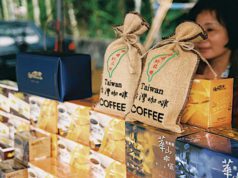