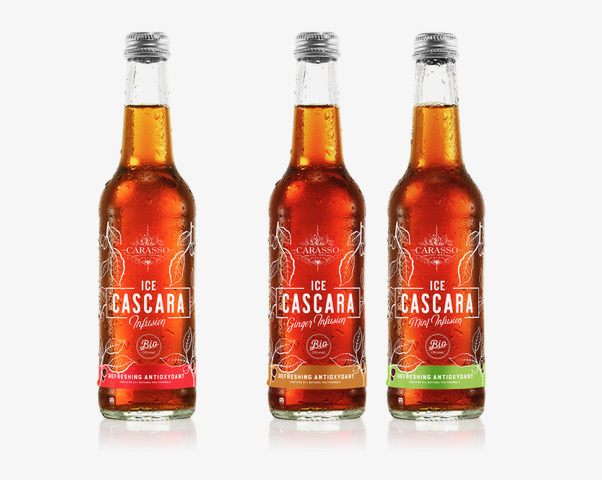 LAUSANNE, Switzerland – Under the lead and perseverance of the Lausanne-based start-up company Ecocafe SA, the Swiss Federal Office of Food Safety and Veterinary Affairs (OSAV) recently authorized the commercialisation of Cascara as a Novel Food and based on the EU Novel Food regulation, ahead of a pending decision in the EU countries.

It should be noted that many countries such as the USA, Canada, Australia, and of course all coffee producing countries have already authorised it.

The name “cascara” comes from Spanish and refers to the skin and pulp of the coffee cherry after the removal of its bean (which after drying becomes a green coffee bean).

This “cascara”, dried in the sun, is then brewed like a tea to produce a drink rich in natural antioxidants, with a reduced caffeine content. Cascara infusion is common in Bolivia under the name of Sultana and originated in Ethiopia with Hashara, then in Yemen, where the first written mention of Qishr, a traditional national drink, dates back to the middle of the 15th century.

Today, the western world is discovering coffee cherry infusion for its health benefits. Cascara, rich in polyphenols and potassium, described as a “super food”, has notably a higher antioxidant score than pomegranate. It is stimulating thanks to caffeine, but once infused contains no more than a classic ice tea.

It also contains nootropic substances known to improve mental abilities such as memory, concentration and other cognitive aspects such as mood and sleep.

Without acting as an Instant Elixir of Youth, the consumption of cascara is nevertheless part of a modern lifestyle, sought after by an informed population and follower of a healthy life and well-being on a daily basis.

What’s more, the fruity taste of the cascara infusion, without acidity or bitterness, is able to seduce young and old, and preferably ORGANIC in order to avoid the presence of pesticides.

Why is cascara sustainable?

After harvesting, the growers depulp the coffee cherries to remove and dry the bean, which is none other than the famous green coffee bean. The pulp and skin of the coffee cherry is usually discarded, even though it is a superfood, rich in antioxidants, potassium, iron and fibre.

By directly proposing to organic producers to valorize the pulp of their coffee cherries, ECOCAFE SA provides them with a new source of income, while promoting a responsible use of natural resources. After infusion, the pulp of the dried coffee cherries (cascara) is then transformed into biogas, working on the principles of circular economy.

This refreshing drink is unique in Switzerland and Europe. Brewed in Switzerland (in the Valais Alps) and available only in glass bottles, it is certified ORGANIC, without preservatives or stabilizers, no added sugars or sweeteners, no flavours or aromas, gluten-free and vegan.

This infusion, which comes in three flavours, Original, Moroccan Mint and Ginger, is in line with the trend of a market that is increasingly sensitive to healthy and environmentally friendly products, adhering to the values of responsible consumption and above all sustainable economy.

From 2016, it has set itself the objective of developing the consumption of “cascara” coffee in order to promote a circular and ethical economy approach through the intelligent use of coffee cherry pulp. In 2019, when Switzerland announced that it wanted to adopt EU legislation on Novel Food, the young company pioneered the creation of an EU Novel Food regulation process.

After Switzerland, ECOCAFE SA is after the pioneering job of also seeking a Novel Food authorization at EU Level for “cascara”.

Why did cascara have to be regularized?

The EU has adopted very strict consumer protection legislation, which considers any fruit or new use of an existing fruit as a “Novel Food” requiring validation of the health risk. The coffee bean (the stone of the coffee cherry) is allowed, but the consumption of the pulp and skin of the coffee cherry is not yet allowed (except now in Switzerland!).

Switzerland has recently adopted the EU Novel Food legislation concerning consumer protection and cascara, historically allowed under Swiss regulation, had to be authorised according to EU law.

Where to get the drink?

The company is actively working to expand the availability of its product in Switzerland as well as for export, either in ready to drink bottle and or in bulk. Available online: www.icecascara.ch.