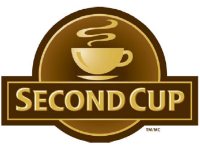 MISSISSAUGA, ON – The Second Cup Ltd., one of the largest specialty coffee retailers in Canada, reported financial results on Friday for the 13 weeks ended March 29, 2014.

Sales decreased 6.9% in the quarter to almost $44 million. The company noted that “as with other retailers, Second Cup’s customer traffic was negatively impacted by the poor weather.” In addition, the number of cafés they have throughout Canada has also been reduced by 4 to 357.

The profit amounted to a penny per share for the quarter ended March 29, down from seven cents per share a year ago.

On the other hand, revenue for the company, which included royalty revenue, was up at $7.6 million, compared with $6.2 million in the first three months of 2013, boosted by a partnership with Kraft Canada Inc. to produce and sell Second Cup branded coffee beans and ground coffee in stores.

“The coming year will be focused on establishing the foundation for Second Cup to be a best in class, speciality coffee company,” says Alix Box, President and CEO, The Second Cup Ltd.

“A comprehensive strategic review is underway in all aspects of the company. Our ultimate goal is to create material gains and sustainable long-term value for our cafés, our franchisees and our shareholders.

Our priorities include improving the company infrastructure, best in class talent, improving store and franchisee profitability, developing a store of the future that is world class in all respects and building trust and partnerships with our franchisees. While our objectives are aggressive and will take time, we are confident our goals are achievable.”