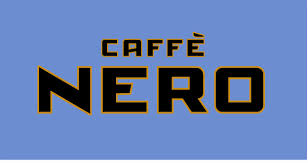 LONDON – UK specialist coffee retailer Caffe Nero plans to open 40 outlets in Ireland over the next five years in what the company’s founder Gerry Ford calls a show of “faith” in the Irish economic story and a strong signal of its long-term intentions for this market.

The chain plans to invest as much as EUR20 million and create up to 350 new jobs.

Caffe Nero’s first Irish outlet opened on Merrion Row in Dublin on March 13th. A second will open this summer, also in Dublin.

The company is scouting for additional Irish locations in suburban Dublin and has said that it would, over time, consider opening in airports and other main transport hubs, and at partnering with certain retailers. It also plans to open cafes outside the capital.

The company is scouting locations in suburban Dublin and will over time, consider opening in airports and other main transport hubs, and at partnering with certain retailers.

It also plans to open cafes outside the capital.

“We’ve been looking at Ireland for several years but we’re only really now beginning to feel comfortable with our international expansion,” Ford stated. “We’ll open about eight to 10 stores a year in Ireland.”

“We won’t have a high price point. We’ll have free newspapers, free water, free wifi and music in store,” he added.

Mr Ford also said it would also seek to sell its own coffee beans for home consumption through supermarkets and other outlets within 18 months.

In other news Caffe Nero will inaugurate its first US outlet in Boston later this month. This will bring to seven the number of countries where the company has operations.