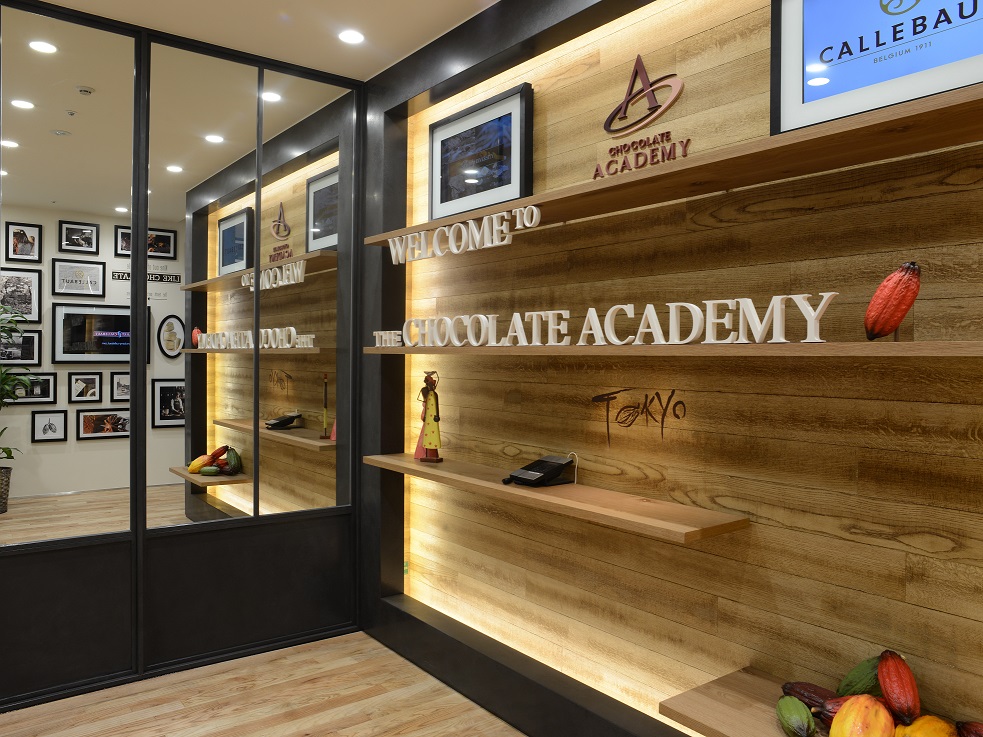 The Barry Callebaut Group has announced the opening of its first Chocolate Academy center in Tokyo, Japan – its 19th training center in the world and its fourth in the Region Asia Pacific, after Mumbai (India), Shanghai (China) and Singapore.

Located in the world’s gourmet capital, Tokyo’s rich culinary profile and love for fusion and innovation in food will complement the CHOCOLATE ACADEMY center’s potential as a center for the exchange of technical skills, training, dialogue and the sharing of love for all aspects related to chocolate and cocoa products.

“Japan is Asia’s largest consumer market for chocolate confectionery and it is highly recognized for chocolate innovation. The new CHOCOLATE ACADEMY center in Tokyo brings us even closer to our regional Gourmet customers and will enable the Barry Callebaut Group to be in a better position to capitalize on growth opportunities in the region.

It also reaffirms our commitment to the Japanese market place and its highly skilled professional chocolatiers and other users of chocolate,” said Mikael Neglen, President, Chocolate Asia Pacific, Barry Callebaut, at the official opening ceremony.

“The opening of Barry Callebaut’s 19th CHOCOLATE ACADEMY center in Tokyo is a symbolic move in promoting our position as a leader in the gourmet chocolate sector in the region. The new center will offer chefs world-class support and enable them to harness their skills to bring the best innovations in chocolate,” said Pascale Meulemeester, Vice-President Global Gourmet Brand Marketing of the Barry Callebaut Group.

The center’s offerings include a wide range of workshops, courses and demonstrations for professional customers in all sectors: chocolatiers, pastry chefs, bakers and other chocolate experts as well as culinary professionals working in hotels, restaurants and the catering business.

They will be able to benefit from the modern kitchen and utensils that the academy is equipped with, to perfect their expertise in chocolate under the guidance of Barry Callebaut’s specially-trained and renowned chefs and the elite Chocolate Ambassadors Club.

To meet the evolving needs of the gourmet chocolate industry, the new CHOCOLATE ACADEMY center will encourage and support chefs and culinary professionals to express themselves, exchange ideas with one another and experiment with new creations using Barry Callebaut’s high-quality Gourmet chocolate and cocoa products.

At the official inauguration event, Barry Callebaut also announced the appointment of Kohei Ogata as the head of the new training center and Callebaut chef. He is most recognized for his work as the Chef Pâtissier in Japan for Henri Le Roux, the famous French chocolatier and caramélier, which has its chic chocolate shops in Paris, Brittany (France) and Tokyo. Andres Lara, Cacao Barry Regional Chef Asia Pacific, will also be based in the CHOCOLATE ACADEMY center in Tokyo.

The Japanese are the biggest per capita consumers of chocolate in Asia Pacific with an average of 1.9 kg per annum (Source: ICA/CAOBISCO). Barry Callebaut’s CHOCOLATE ACADEMY center in Japan will allow the company to progress hand-in-hand with Japanese innovation in the chocolate industry.

Furthermore, the Group can take this opportunity to also capture the Japanese imagination on the tremendous potential of chocolate, develop newer and tastier recipes as well as impart its culture of excellence and passion for chocolate to the region.